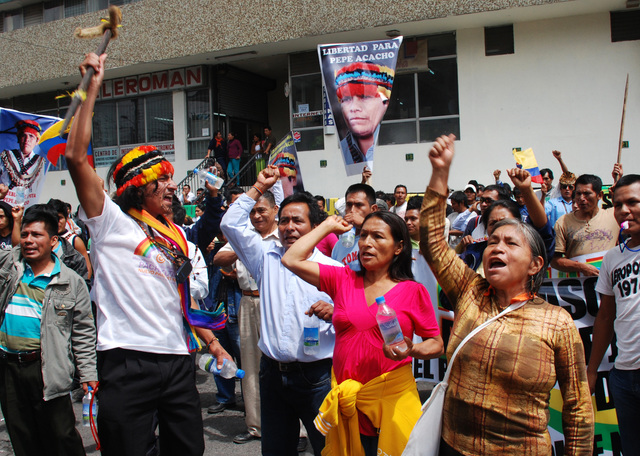 Five of sixteen mining projects are “trouble spots” with the aboriginal communities and the National Government.
Sixteen mining projects and reserves are included in the National Development Plan for the Mining Sector; Of them, five are considered as a priority to “encourage their development.” These projects are Mirador, Fruit of the North, White River, Loma Larga and San Carlos-Panantza.
There were clashes in Morona Santiago between the Shuar indigenous people and the public forces to prevent the mining intervention of the Chinese company Explorcobres S.A. (EXSA) because they consider that these territories are “ancestral.”
Also due to mining, in September 2015, residents of the Tundayme parish in Zamora Chinchipe, reported evictions from their homes so that the Chinese company Ecuacorriente (ECSA) began its works in Mirador.

In other projects, such as in Loma Larga, in Azuay, indigenous leaders such as Carlos Perez Guartambel, of the Ecuarunari Association, are opposed, who fear affectations to water sources. Two referendum requests were made so that the population decides whether or not it wants open pit mining.