There is no consensus for the 30S commission 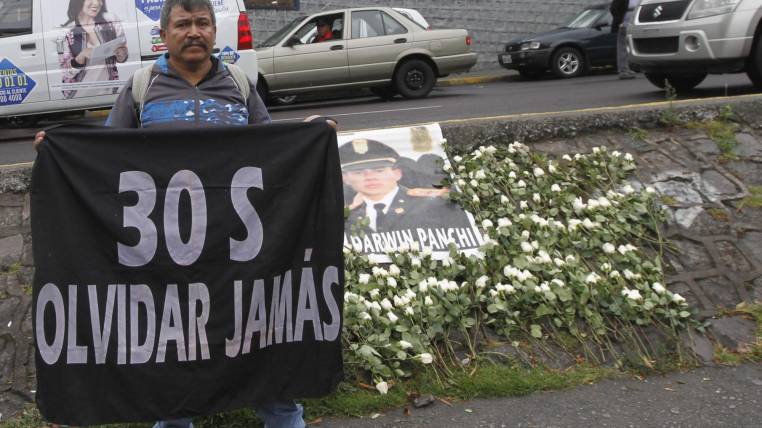 Without consensus No bench of the National Assembly formally supports the formation of a legislative commission to investigate the events of September 30, 2010 (30S), as proposed by the President of the Legislature, José Serrano. The case, seven years later, returns to the debate before the struggle of Serrano with the prosecutor Carlos Baca, who is investigated for alleged embezzlement in the use of reserved expenses of the Secretariat of Intelligence for the commission that investigated the police rebellion and that Baca integrated.

Legislators consulted by EXPRESO agree that a legislative board is not necessary when the case of 30S is in the hands of the courts, and any new element must be delivered to it.

The head of the  social cristiano movement, Henry Cucalón, makes it clear that any integrated commission for that issue will not have the presence of his party. “There’s nothing more to talk about. This is, as it always was, of justice. We do not believe that it should be done through occasional commissions and worse some kind of political show”.

The SUMA bloc does not believe in the creation of more commissions, but in reorganizing existing ones in the absence of an effective work in the case of some, and a quorum in the case of others headed by the correísta bloc. Guillermo Celi, head of the bloc, expresses his concern about the new elements of the 30S case, which will require information, although he believes that a legislative committee is not necessary.

The CREO bench, in principle, also disagrees with the context in which Serrano offered to create it. However, Assemblyman Roberto Gómez Alcívar, head of the opposition caucus, does not close the door to change his mind. And from a legislator of this same block, Esteban Bernal, came out the first name to preside over the table: Assemblyman César Carrión, who was denounced for the events of 30S and then declared innocent.

Alianza Pais seems divided. The position adopted by the bench is to consider unnecessary the creation of a commission; but its coordinator, Daniel Mendoza, told this newspaper that it is a valid proposal.

Establish any legislative table passes through the decision of the Legislative Administrative Council (CAL); and its formation, for the plenary session of the Assembly. Yesterday, in the session of the CAL, Serrano did not propose the creation of said table. (I)