There is no defense that holds 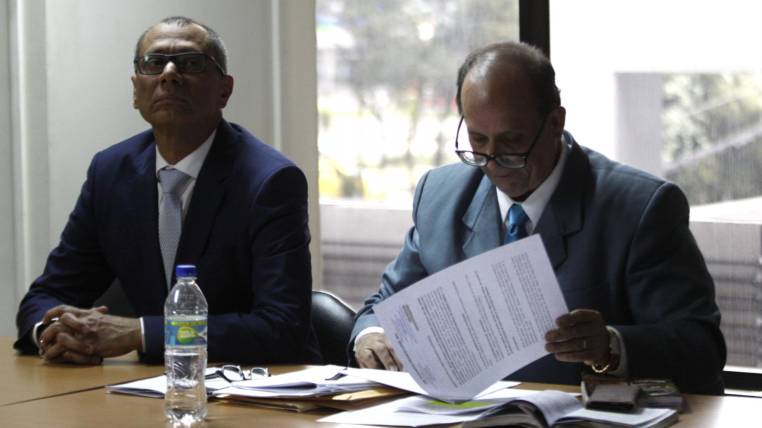 Breach of contract, injury to professional interests, conflict of interest or disparity of criteria in the agreement.

Among others are the justifications of lawyers who have left the cases of the ex-ministers of Hydrocarbons, Carlos Pareja Yannuzzelli; of Electricity, Alecksey Mosquera; former Comptroller Carlos Pólit or Ricardo Rivera, uncle of former Vice President Jorge Glas.

For the Prosecutor’s Office it is eager to delay cases, for lawyers the right to self-defense. Reinaldo Zambrano was the third defender who took charge of the case of Carlos Pareja. Before there were Gustavo Gaete and José Burbano.

He accompanied Pareja for almost a year in diligences, versions, trials and the effective cooperation that his client received. Before the trial for illicit enrichment Zambrano moved away from the defense for breach of contract.

This change has prevented the installation of two hearings: the trial for illicit enrichment and the high school for embezzlement. The new defender Miguel Revelo will take time to soak up the process.

Revelo does not believe that it is a strategy to delay, but rather “a constitutional right that is of legitimate defense,” he points out. Only in the peculate file ensures that you should read about 10,300 sheets. Against his client there are at least 23 cases and “we need prudential time,” he adds.

Another one that changed the sponsor is former Minister Mosquera. Franklin Arévalo accompanied him and defended his innocence for almost a year, as did his father, Antonio Mosquera.

“For me the case was completely winnable, I studied it so much that I had the ideal legal strategy. I talked to Alecksey and we were sure of success, “he says.

What happened? “The person in charge of negotiating the fees (Fausto Lupera) father of Alecksey’s partner was very informal in complying with the agreement and even acted with disloyalty,” he says.

That’s why he resigned. He was replaced by Pablo Guerrero. In the Mosquera trial he admitted the crime and was sentenced to five years.

Hernán Ulloa defended former Comptroller Pólit along with Jorge Acosta, who withdrew from the case. On Monday, he went to court and argued a conflict of interest that could affect his client. His son has filed complaints against the president of the Judiciary, Gustavo Jalkh. The Court did not accept, but Ulloa confirms that this decision is already made by mutual agreement with Polit.

He believes that the Court can not interfere in that and if his client does not appoint a new defender, the Court must have the Public Defender’s Office.

Rivera’s case met three lawyers. Kléber Sigüenza left the case for criteria reasons. Ivonne Núñez because there was a disparity of criteria in what was agreed. The defense was in charge of Aníbal Quinde.

Jorge Glas, for the appeal phase will have the sponsorship of Alejandro Vanegas. Eduardo Franco Loor affirms that he continues to know the case of illicit association for which Glas was sentenced to six years in prison in the Odebrecht case.

“I am the judicial prosecutor,” he informed EXPRESO. He added that he is the legal adviser and there is a scientific team in the case.

Yesterday at 09:00 a preliminary trial hearing for embezzlement for Carlos Pareja, former Minister of Hydrocarbons, was to be installed at the Judicial Complex in the north of Quito. The diligence was not fulfilled by the change of lawyer of the former official. The case was the one that received an absentee opinion from the prosecutor Elba Garzón and was revoked by the prosecutor Fabián Salazar. The new lawyer Miguel Revelo says that tries to accelerate the knowledge of the case with an analysis of 14 and 16 hours a day. (I)