These are the eight questions of President Lasso’s referendum

President Guillermo Lasso explained the content of the amendments that he will propose through a constitutional referendum. The Minister of Government, Francisco Jiménez, formally presented the questions and their annexes to the Constitutional Court. 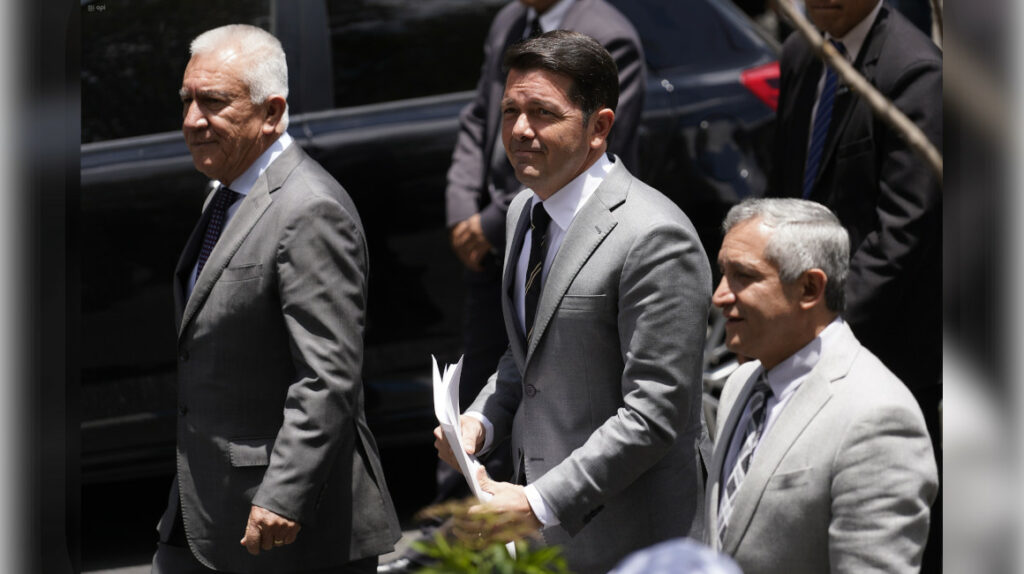 The Ministers of Defense, Government and Interior arrive at the Constitutional Court to deliver the referendum questions raised by President Guillermo Lasso, on September 12, 2022.

President Guillermo Lasso announced the content of the referendum that he wants to take to the polls. In the end, of the eight questions chosen by the Executive for its “citizen consultation”, all imply reforms to the Constitution.

Although the Government had anticipated that there would be some popular consultation questions, that is, public policies, this was not the case. Neither were the dozen questions put forward by the Ministry of Government.

In addition, the Executive would prefer that the issues be brought to the polls before the sectional elections on February 5, 2023.

The final document that reached the Constitutional Court, this September 12, 2022, for review and qualification, has the following questions:

Check here the document with the questions: