They find 223 migrants crowded into a house in Mexico; 13 are Ecuadorian

The National Migration Institute of Mexico (INM) reported on October 16, 2022 the discovery of 223 irregular migrants crowded into a house in the La Gran Tenochtitlan neighborhood in the city of Puebla. 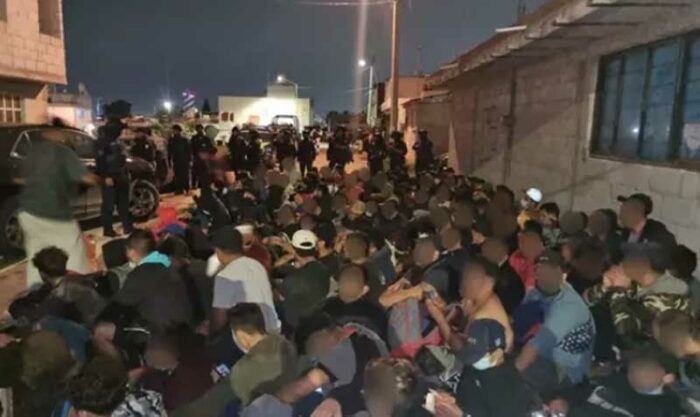 Upon arrival, INM and State Police personnel noticed that people asking for help were coming out of a house and running, fleeing from a room where they were without light or ventilation.

Three people were arrested and made available to the State Attorney General’s Office, in addition a truck, a van and the building itself where the migrants were hidden were seized.

Crammed into the double bottoms of trucks

On September 6, the same authorities found 266 migrants crammed into the double bottoms of three trucks in the municipality of Galeana, in the state of Nuevo León, in the north of the country. Among the migrants there was also a group of Ecuadorians.

The INM services received an anonymous call warning of the transfer of children and adults in trucks, which led them to find two hundred people hiding in the dark in the back of the trucks.

As part of the INM’s tasks, 80 people from Guatemala, 78 from Nicaragua, 48 from El Salvador, 26 from Cuba, 19 from Honduras, 13 from Ecuador and two from the Dominican Republic were identified.

Of the 266 migrants, 62 traveled as a family unit, in addition to 19 boys and one girl unaccompanied by an adult responsible for them.

Ecuador lifts restrictions due to covid-19