They present signatures to request political judgment to the chancellor Espinosa

Ecuador’s opposition authorities today presented 59 signatures with which they filed a request for impeachment against the Minister of Foreign Affairs and Human Mobility, María Fernanda Espinosa.

In the signatures are those of legislators of the Creating Opportunities movement (CREO), of the Suma movement and the Social Christian Party, which question the management of Espinosa.

They criticize it for the position of Ecuador in the situation of Venezuela, as well as for the crisis on the northern border with Colombia where, since January, there have been several attacks with explosives and the kidnapping of five Ecuadorians. 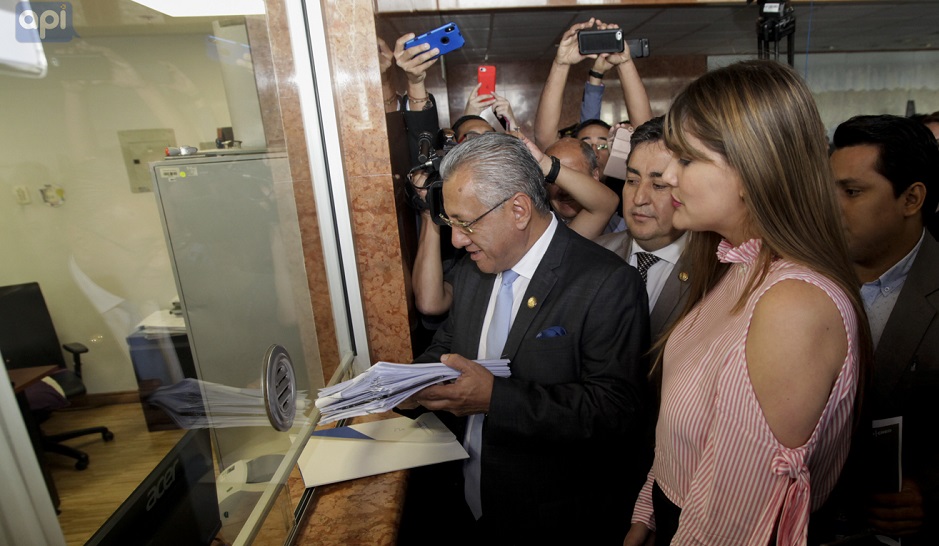 Among those kidnapped is that of a team of the newspaper El Comercio, later killed in captivity, and a couple, about whose situation there is no news since it was known of his abduction.

The documentation delivered today must go to the Legislative Administrative Council (CAL) to qualify the requirements.

Legislators who support Espinosa believe that the foreign minister is being attacked for ideological reasons and defend her candidacy for the presidency of the General Assembly of the United Nations.

CREO leader Guillermo Lasso, a former presidential candidate, wrote today on his Twitter account that Espinosa “has dedicate to working for him and his candidacy as President of the UN Assembly and has left out the interest of 16 million Ecuadorians. “

Since May 24, the chancellor has a license to promote her candidacy to preside over the UN General Assembly.

The permit, which will last until next Wednesday, aims to “devote special attention (to the candidacy of Ecuador) given the proximity of the respective election by the member states of the UN, scheduled for June 5 of the year in progress, “noted a note from the chancellery last week.

The license was requested -according to Espinosa- because the intensity of the agenda as minister has not allowed “to fully promote the candidacy for the Presidency of the General Assembly of the United Nations for the period 2018-2019,” which was presented on behalf of Ecuador by the head of State, Lenin Moreno.

On February 21, Ecuador presented by surprise the candidacy of Espinosa, which generated a scuffle with Honduras, which two years ago postulated its diplomat Mary Elizabeth Flores.

Honduras maintains that with this the Government of the South American country broke a 2015 agreement for an exchange of appointments for which Tegucigalpa gave its support to the candidacy of the Ecuadorian Patricio Pazmiño Freire as judge of the Inter-American Court of Human Rights (position held since 2016 ).

In addition, he argues that, unlike Ecuador, he has never held the presidency of the General Assembly.

Ecuador argued, in revealing its aspirations, that this agreement does not exist and Espinosa defended her candidacy at the beginning of the month arguing that it is “solid, high level, (with) a person with experience in the multilateral issue.”. (I)

The purchase of public went up in the era of Correa