Today 21 February 2021 celebrated the Day International Mother Language , a date dedicated to promoting the preservation and protection of the languages of the peoples and nationalities of the world . In Ecuador 14 native languages are spoken . 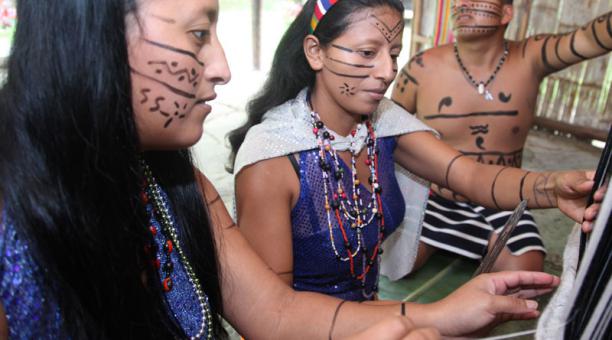 In the Ecuadorian Sierra Kichwa de la Sierra is spoken , while in the Amazon there is the greatest diversity of languages.

Some Amazonian peoples , settled in Sucumbíos, Napo, Orellana and Pastaza speak Amazonian Kichwa. One of them is the Sarayaku people .

For Ariruma Kowii, professor at the Simón Bolívar Andean University , the value of the mother tongues that exist in the country lies in the fact that through them it is possible to know the worldview and way of life that peoples and nationalities have .

Kowii gives as an example the kiwcha spoken in the Ecuadorian Sierra, in which there are words like pacha, which means time, space and reaffirmation of being.

“Within the daily expressions of the Andes there is much talk about the pacha rune , this expression is related to the idea that we are cosmic people , interrelated with the universe . That is a clear example of how the language is accompanied by a philosophy of life ”.

It also maintains that this celebration must serve to remind the authorities that, although the Constitution of 2008 care and ensures dissemination of these languages , still is not available with language policies , which allow not stay in the forgotten and lost .

In this context, the work of civil society stands out , which from its communities continues to work for its strengthening . However, he maintains that it is important that the academy join in this work. “There is an article in the Constitution that states that the study of one of these languages ​​will be integrated in all educational centers in the country and more than ten years have passed and that does not happen, not even in most universities .”

He also maintains that the Government should finance a project to build a collection of dictionaries for all these languages .

Conversation on the importance of preserving our identity

This virtual conversation will take place on Sunday, February 21 at 4:00 p.m. and will be broadcast through the Facebook accounts Lanceros Digitales, Piatúa Resiste and La Plena Radio / TV Online. Access is free .

Meeting of voices of the new time

The meeting will take place through Zoom, at 4:00 p.m.