This is the number of Ecuadorian ‘trolls’ activated in the campaign

Of the almost 5,900 ‘botnets’ or troll accounts in the Ecuadorian ecosystem on Twitter, at least 70 campaigns for a candidate for mayor or prefect. 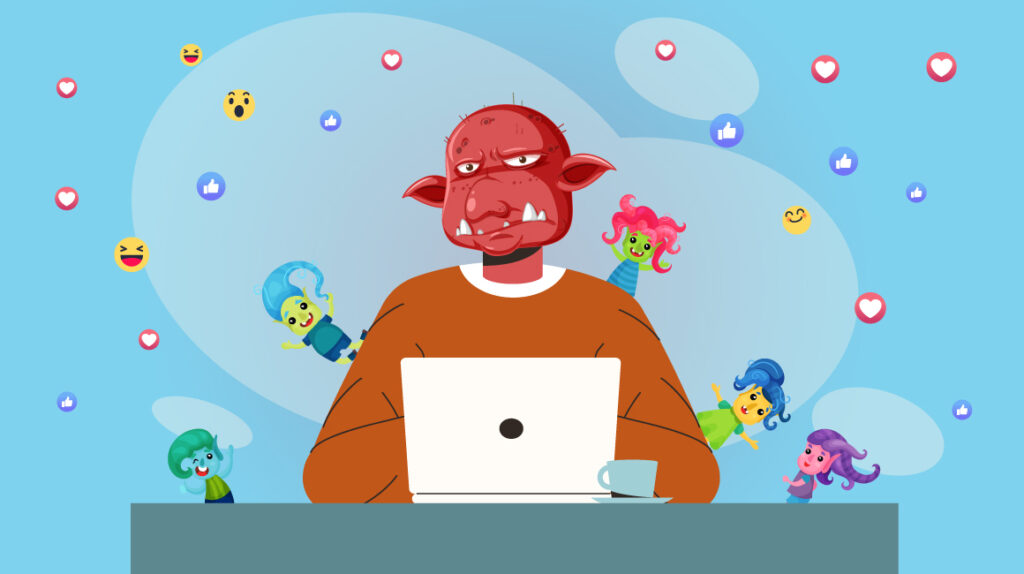 Illustration of the Ecuadorian troll accounts in the current campaign.

The campaign for the sectional elections in February is the perfect political moment for the birth of ‘trolls’ or trolls on Twitter. It is also conducive to the resurrection of dormant accounts on social networks.

Since May 2022, the developer and expert in Data Mining, Alexis Olivo, analyzes the accounts of Ecuadorian trolls.

According to Olivo, in the country’s Twitter ecosystem there are some 5,900 active troll accounts, and at least 70 actively campaign for the candidates of the 2023 sectionals. And another 180 do not send their own messages but help to position a message with retweets.

On the other hand, there are two candidates, one for the Prefecture of Pichincha and the other for the Mayor of Guayaquil, who have put all their faith in the Twitter trolls. In addition, there are 560 accounts that promote the ‘Yes’ in the constitutional referendum.

But what is a troll and what are the dangers? Olivo explains that a troll is generally an individual or user on a social network, who adopts antisocial behavior, because “it provokes and irritates other users, using aggressive or offensive language.”

The end of a troll, most of them hidden under anonymity, is none other than derailing the debate or attention to a real event. Technically, it is correct to talk about botnets or troll networks with different degrees of automation.

“A botnet is a group of trolls organized under one objective,” says Olivo, who accessed the Twitter API to process the information. He then analyzed the data using tools written in the Python programming language.

“There are those who believe that trolls are manageable, naive or stupid people, but this is not the case, troll operators use clever tactics to evade detection,” adds the Ecuadorian developer.

What are the dangers

For Olivo, the total number of active trolls should be taken with caution, as it varies, depending on how real users denounce these accounts on Twitter.

In addition, there are accounts of trolls in a dormant state, that is, they have not published in a long time. This occurs, for example, with users who were activated in the context of the October 2021 strike, during the government of Lenín Moreno.

But after the departure of Moreno, they have been deactivated or in disuse.

Two of the dangers of these accounts and even more of a ‘troll center’, or factory of false users, is that they spread misinformation and manipulate public opinion on networks, says Olivo.

Instead of subscribing to a healthy debate, they try to discredit their interlocutors and change reality.

But one of the biggest threats is when these accounts engage in hate crimes or what is known as ‘doxing’. This occurs when a troll posts a user’s personal information, such as a phone number, that is unrelated to the topic of the discussion.

On the other hand, these botnets or troll centers can be hired by politicians, candidates, public figures and even companies.

And paying for a troll center, with some 500 accounts, is around USD 10,000 per campaign, according to Olivo.

Another discussion on social networks is the appearance of so- called ‘bots’. According to Olivo, a bot is a robot or small application with a specific function.

And it is not necessarily a fake or spam account, many of the bots are useful, especially for brands and companies. Some are used to generate content or promote a product.

There is also a variation of bots, which are used on WhatsApp and Telegram, for commercial or service purposes. It is about the chatbots, which are called to replace the ‘call centers’.

Locally, according to Olivo, malicious bots have not been detected during campaign times, and one reason is that to create them you need to write specialized codes.

Telematic voting is the option for Ecuadorians abroad