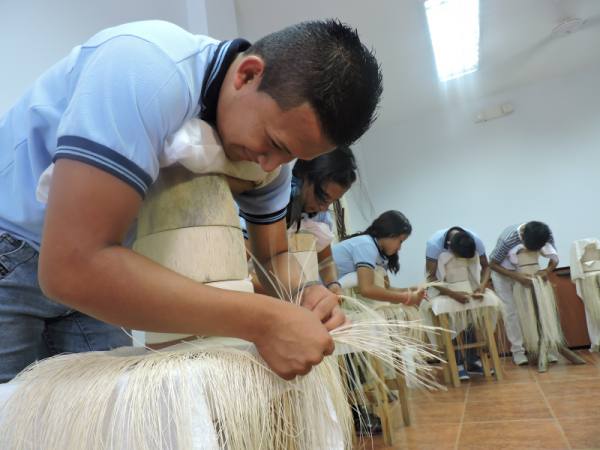 For Holger García, zonal coordinator 4 of the National Institute of Cultural Heritage (INPC), an intervention has not yet been made in the forest area of the Pile commune of the Montecristi canton, where the presence of African snails has been identified for months the plantations of toquillales, the raw material for the manufacture of the finest straw hats of the world, according to the authority.

Precisely the fabric of the hat made in this community Manabi served as a reference for Unesco to declare on December 5, 2012 to the development of the headdress as intangible heritage of humanity.

Garcia says that “nothing is seen in the eradication of a plague that could spread to other areas of toquilla crops as in the province of Santa Elena,” which he predicted as a true and tragic death of these plantations.

Rodrigo Mena, zonal coordinator 4 of the Ministry of Agriculture and Livestock, indicated that it is not possible to fumigate because it would affect the ecosystem and plantations, for this reason a joint work will be carried out with the community and owners of toquilla plantations to avoid damage to the area. (I)