On January 3, when reading the trial call of 21 defendants in the 2012-2016 Bribes case, Judge Daniella Camacho left “proof” that the green files analyzed refer to more people and companies and called the attention of the Prosecutor for not have taken them into account in his accusation. 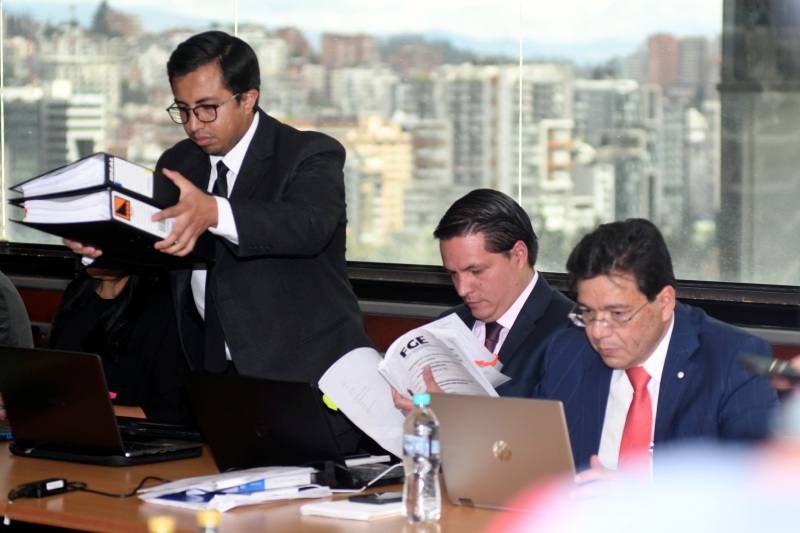 Camacho said that the facts reported in the accusation reflect a “serious and complex criminal conduct , ” of which the bribe constitutes one of its dimensions, but does not exhaust it. “Prosecutors should respect the principle of objectivity and investigate all the people referred to in the news crime that gave rise to this process.”

The immediate response of the attorney general, Diana Salazar, without giving further details, was that they are previously investigating cases for crimes such as influence peddling and money laundering. It only advanced to the media that Odebrecht and other companies would also be under investigation.

According to the Prosecutor’s Office, as of February 13, six cases were under investigation by bribery and influence peddling; by money laundering, it was explained, the case would be structured, “because they are groups of people investigated.” By October, it had already officiated by previous investigations by bribery to five people and by traffic of influences to two.

The subrogated attorney general, Wilson Toainga, in a notification ballot, dated October 28, 2019, explained that the review of the collections of the tax investigation file of the Bribes case existed documentation through which the assumption of several crimes

In the case of bribery, those who were notified that they are previously investigated are former officials who appear named in a document of the so-called green archives. The same happens with the former officials notified within the investigation for influence peddling.

In both cases, the Prosecutor’s Office seeks to know whether or not there is a crime and the participation or not of those people. If they have elements of conviction, they will support a formulation of charges and the beginning of fiscal instruction. If no merits were found, the investigation would be archived.

Since February 4, in that previous stage of investigation there is also former president Rafael Correa; the former Minister of Transportation, Aurelio Hidalgo; the businessman José Verdú and his company Verdú SA There is no specific crime under investigation, but the Prosecutor’s Office, based on information from the Sobornos case file, presumes the existence of illegal acts.

In the Bribes case, Correa is one of eleven former officials facing a trial hearing for the crime of bribery ; while the businessman Verdú received in that case a dismissal.

Last Wednesday, Alexandra Mantilla, a criminologist who conducted a criminal profiling expertise by order of the Prosecutor’s Office during the bribery crime trial, said among his conclusions not only that he identified the existence of a “criminal structure”, but also explained that To have a generalized view of the crime under investigation, those who are mentioned by the five people interviewed in their expertise should be part of this process. He believes that legal representatives of companies and the main representatives of PAIS Alliance should be included, at least with interviews, especially those responsible for the financial management of the movement.

Today, the trial hearing for the 2012-2016 Bribes case will be reinstated.

The diligence will begin with the presentation of expert evidence, testimonies of the prosecuting lawyers. Tomorrow will be the turn of the defense of Rafael Correa and other former officials. And on Friday of a third group.