Three options for electronic money until the banks assume it 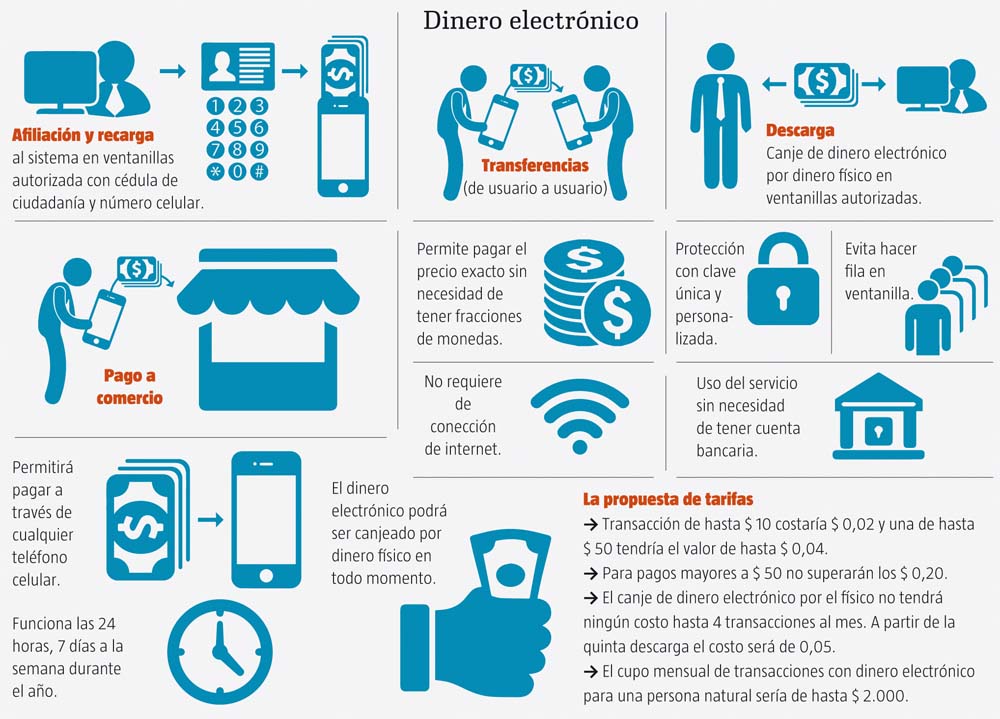 The 400,421 citizens who have virtual accounts in the Central Bank of Ecuador (ECB) have three options to change them to private banks or cooperatives: spend their electronic money, download it in the ATMs of the Banco del Pacifico or Banco Internacional  or wait for the direct change in the accounts.

For this in the so-called Economic Reactivation Law there will be ninety days for the transition of the money from the Central Bank accounts to the accounts of the financial institutions chosen by the client. This was explained by the Central Bank manager Veronica Artola, speaking about the process after the departure of the central bank from the electronic money project.

In the hands of the Central Bank, e-money transactions were made for $ 57.2 million. Downloads, transfer of charges and tax refund are the most frequent. When evaluating the role of the bank  in the effective project from my cell phone, Artola said that they did quite well, although they had to avoid campaigns against it and that it was a new means of payment. She acknowledged that they wanted families to be more familiar with the product now. She expects the bank to do campaigns and give benefits to attract use.

90 days for transition is the deadline for the electronic money accounts managed by the Central Bank to move to private banking. (I)