By express delegation of the President of the National Assembly, Guadalupe Llori Abarca, Assemblywoman Daniel Noboa Azín will participate in the First World Parliamentary Summit on the Fight against Terrorism and Violent Extremism, organized by the Inter-Parliamentary Union (IPU), in cooperation with the United Nations (UN). 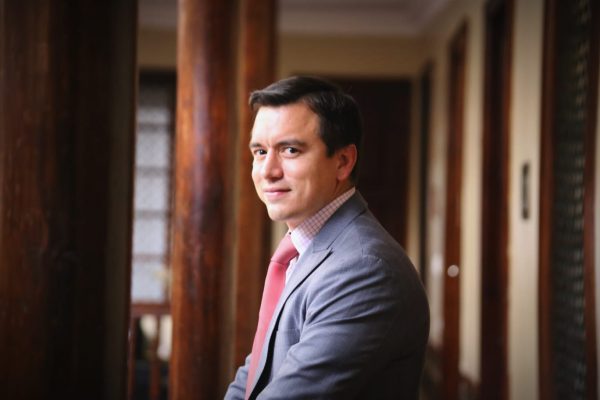 The event, which will take place this September 9 at the Austria Center Vienna, will feature three interactive thematic sessions in which the heads of delegation or representatives of previously registered countries may speak. Assemblyman Noboa Azín will be present at Session 2, which will deal with: “The role of parliamentarians in prevention, radicalization and the fight against incitement to hatred.”

It should be noted that Daniel Noboa Azín made the decision to attend, covering the expenses required for this trip with his means. In turn, it will hold bilateral meetings that will be communicated later.

Due to the pandemic, and due to current biosafety protocols, the number of participants to the Summit is limited to the Head of Delegation and a maximum of three representatives per country. In the case of Ecuador, he is represented by Assemblyman Daniel Noboa Azin.

The IPU promotes regional legislative cooperation programs, and aims to ensure that parliamentarians effectively address the various causes of terrorism and violent extremism, to find the appropriate measures and implement them with a positive and real impact.