Tiban on Rivadeneira: She ordered the people to eat shit and who sanctioned her? 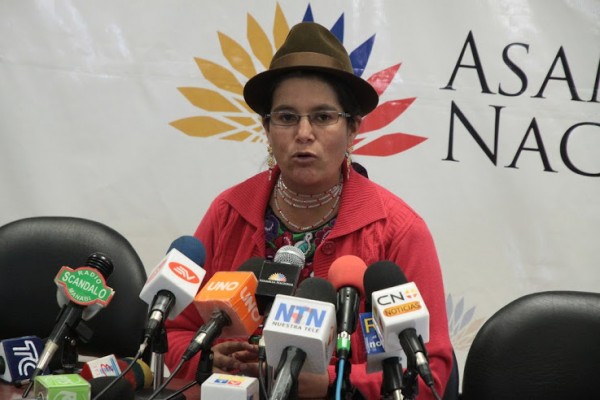 A group of legislators have expressed their support to Pachakutic Assemblywoman Magali Orellana for the penalty imposed for allegedly insulting Gabriela Rivadeneira.

Legislator Antonio Pozo recalled that members of the Alianza Pais party have used words that do not correspond to the subtle language they are preaching.

Meanwhile, Lourdes Tiban asked: She ordered _ _ the people to eat shit, and who sanctioned her? She also said that they ordered Magali Orellana to shut up, but they hired bullies to “hit” her.