With these elements, a mathematical model can be made and the scenarios that can be presented can be projected, says Estefanía Espín, Master in Biomedical Biotechnology Sciences . This “is required before releasing or relaxing confinement measures and moving to distancing .” 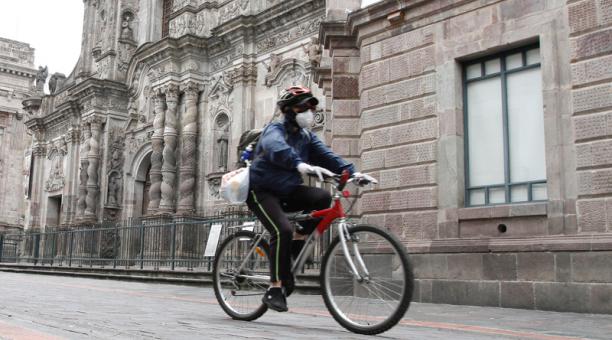 You have read it in medical journals such as The Lancet and Nature and it is the recommendation of the European Center for Disease Prevention (CDC).

In Ecuador, there is some inconsistency in the data presented on covid-19. Last Thursday, and after eight weeks from the announcement of the first case, the Ministry of Health obtained the results of more than 10,000 tests, which had not been processed in time.

However, yesterday, after a weekend without updating the data, the authorities reported that there are 23,240 people infected with a total of 61,529 tests applied. The results of 13,237 samples taken are still awaited.

In addition, a gap was surprised with the provincial figures of infected persons presented until Friday. Thus, Guayas had 15,365 and yesterday only 10,172. It was said that rapid tests (which detect antibodies after someone had been infected) were not included, only PCR (diagnostic) tests. That was done only until Friday.

Juan Manuel Guayasamín , professor at the USFQ and member of the Academy of Sciences, points out that in all countries there is a certain under-registration . “There really is uncertainty . You cannot know the reality of the pandemic. “

But he considers that in the country “it is not enough with the reduction of emergencies to say that we are in a flattening zone of the curve.”

Days ago, the Government announced that it will apply a million rapid tests until mid-June, to find out the percentage of immunized and recognize sources of contagion.

Santiago Ron , a researcher at PUCE, believes that the available information makes it difficult to make predictions of scenarios to make decisions. “Thus it is complex to understand the behavior of the pandemic in the country. Now, in addition, each canton will require expert epidemiologists to interpret data. ”

Over the weekend, Ron analyzed the proportion of positive results out of the total applied in 84 countries. “It strikes me that Ecuador is the country with the highest percentage of positives worldwide; it reaches almost 50% ”. It seems to him that it is a sign that “the situation is exceptionally difficult to handle, with a large number of infected , or there is a large deficit of evidence.”

Along these lines, the Pichincha Medical College also considers it premature to make mobility restriction measures more flexible . Each test report carried out, he points out, shows an increase in the number of infected people. Although the increase in hospitalized with moderate and severe symptoms is not exponential.

The Ecuadorian Public Health Society , through its owner Fernando Sacoto , considers that it is possible to assume that the decrease in people infected is due to social isolation, which is largely fulfilled in the country.

However, he says that there should be no talk of flexibility without public health measures or clear protocols for new scenarios. “Mechanisms for detection and control of suspicious cases and contacts must be implemented, supported by a massive application of molecular and serological tests.”