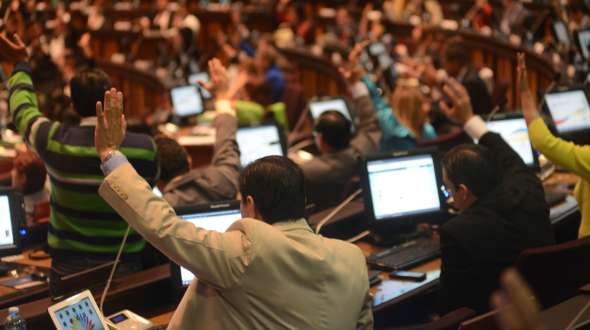 Following the suspension of the second debate of the Monetary and Financial Organic Code last Tuesday July, 22, the National Assembly today foresees to vote for it.

According to Assemblyman Luis Fernando Torres (Cambio-CREO), the President of the Commission Oswaldo Larriva, today shall inform the Assembly which were the changes suggested by the assembly members, that definitely incorporated into the project, to proceed to the vote.

Assemblyman Ramiro Aguilar (independent) explained that the ruling party has 108 votes in favor, and that law will be surely approved. While the opposition announced it would vote against.

The project was delivered by the Executive by the urgent way on June 25, so the Assembly has until tomorrow to decide.