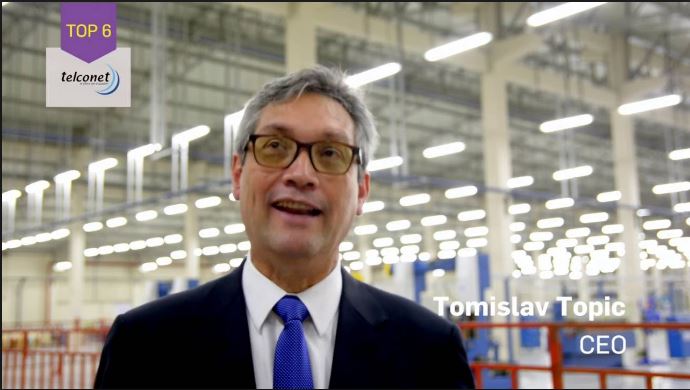 Last Monday electronic engineer Tomislav Topic, 60, accompanied by his lawyer Teodoro Coronel Merizalde, gave his free and voluntary version before the Prosecutor’s Office on the investigation of alleged bribes paid by the construction company Odebrecht to obtain five public contracts. In this case, the uncle of Vice President Jorge Glas, Ricardo Rivera Arauz, has been deprived of his freedom and due to his age is under house arrest in Guayaquil.

In his testimony, Topic Granados reported that his company was called Telcodata and that from 1995 the name was changed to Telconet. In 2007, Topic began to explore the possibility of building an underwater cable for data transmission.
At that time, Topic added, Rivera Arauz asked about the project and commented that he knew Chinese investors who were interested. Topic said he had known Rivera for 42 years.
He assured that his accountant confirmed there are payments nor transfers in favor of Rivera or Jorge Glas Espinel or any government official.
Prosecutor of the case Diana Salazar asked about the formation of the company Glory, Topic replied that he established a business in Florida (Glory International Industry Corp.), to buy fiber optic cables.
He clarified that if Ricardo Rivera has shown accounts of Telconet, he had no authorization and took his name to do so and abused his trust.
Concerning his son Jan Topic, he received Glory’s money and deposited it into Telconet’s account at Merrill Lynch Bank. And used it exclusively for the submarine cable, he said, detailing that the transfers occurred between August 2012 and August 2013, accumulating $ 13.5 million. (I)