According to the last record of the authorities, in the past three days, dozens of tornadoes have struck six states in the southern United States, destroying everything in their path and killing at least 31 and leaving hundreds injured.

After Arkansas and Oklahoma were besieged by strong tornadoes on last Sunday and Monday, once again the situation goes south of the United States, this time hits cities like Tennessee, Mississippi and Alabama.

The numbers continue to increase, as given in the city of Tupelo, which was attacked by a tornado causing the destruction of several homes, businesses and streets, according to the testimony of witnesses and officers of the emergency services.

At least one person died in Tupelo, a town of about 35,000 inhabitants and birthplace of singer Elvis Presley. 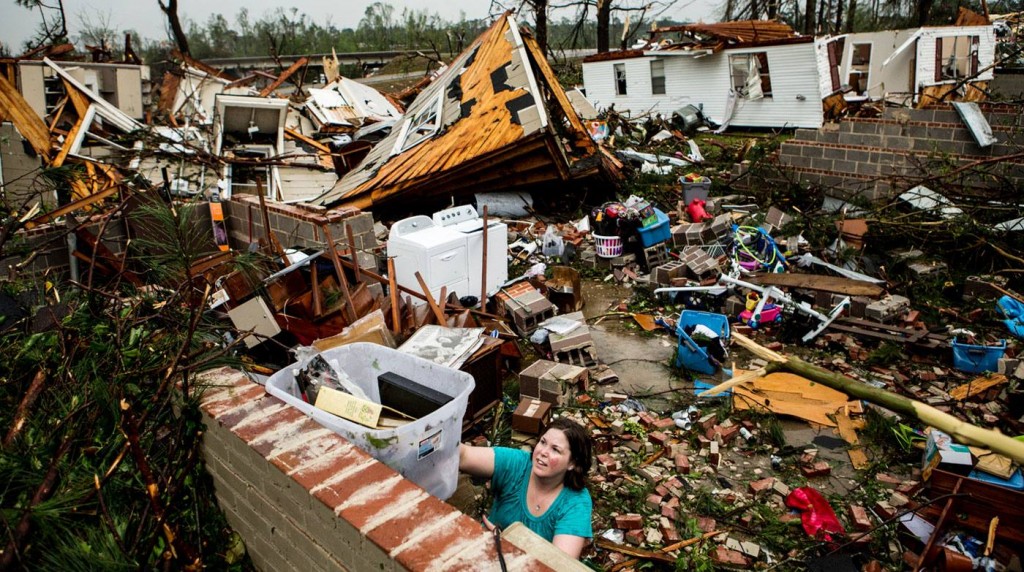