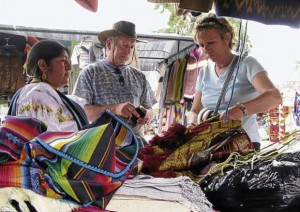 According to the Ministry of Tourism, between January and August this year came to Ecuador 1’035.943 tourists from different countries around the world. This represents an increase of 14.3% over the period of January to August of 2013.

On the causes of the increase of tourists visiting the country, the ministry highlights the strategies of promotion and marketing that the entity performs nationally and internationally. Among these, is the campaign “All You Need is Ecuador”, in addition to the participation of Ecuador in tourist events as Travelmart Latinamerica (TMLA) and FIT Argentina; in the Adventure Travel World Summit (ATWS) in Ireland; WTM London in England and the United States Tour Operators Association / Annual Conference & Marketplace (USTOA).

Favorable conditions for hotel investments are expected in South America

Archaeological objects are repatriated to Ecuador