Trade agreement with the EU is under legal review 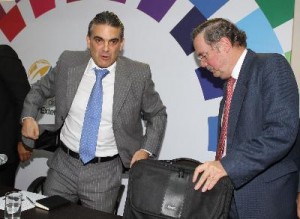 The European Union and Ecuador are conducting a legal review of the texts of their commercial agreement, after which they say that administrative and legal measures required for the approval of the accession and implementation of Ecuador to this Agreement will be taken.

With this, Ecuador joins the agreement between the European Union and the Andean countries: Colombia and Peru.

The last agreement was already concluded with Colombia and Peru in 2010, but was signed again. Since 2013 it is provisionally applied in both countries.

Ministry shows axis of the trade agreement with the EU

The new checking law is valid since Monday