Relations with the United States are going through “an excellent moment” at the political, commercial and other levels, said the Deputy Minister of Foreign Trade, Daniel Legarda, who was very optimistic that the country reaches a trade agreement. 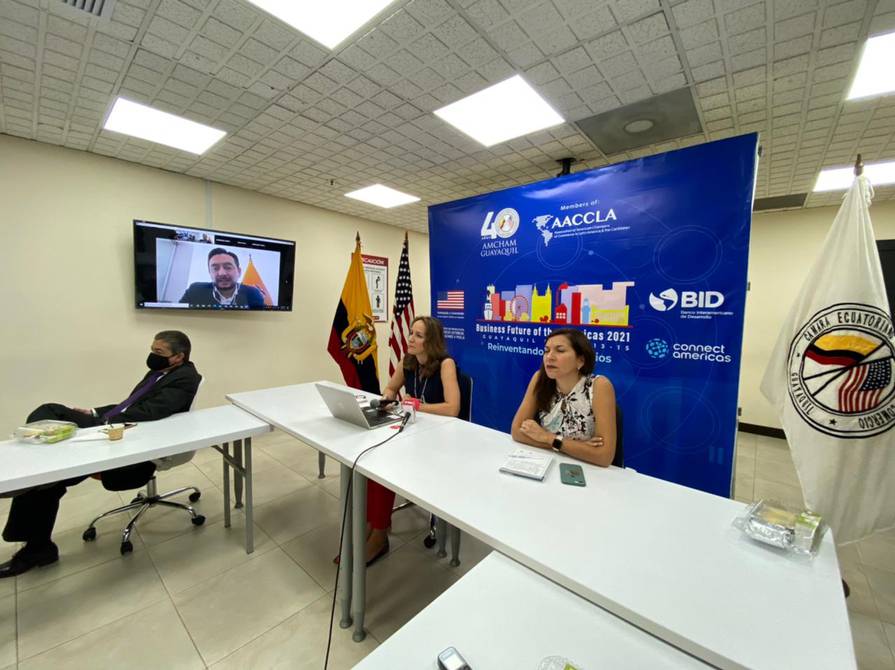 The Vice Minister of Foreign Trade, Daniel Legarda, participated in a socialization event of the Business Future of Americas (BFA).

And Legarda’s enthusiasm is due to the approaches that the country has maintained with the United States, such as the recent meeting between President Guillermo Lasso and several ministers with Republican and Democratic senators from the United States to strengthen the bilateral relationship on security and vaccination issues. and reactivation.

“We have had the visit of six Senate delegates from different committees to discuss various issues in the relationship with the United States. The objective of reaching a comprehensive commercial agreement is on the right track, we continue to carry out efforts at the highest level. We are sure that this objective will be achieved, we do not have a time … but we are sure that there will be a window of opportunity that is going to open, ”says Legarda.

And if that moment comes, the Vice Minister of Foreign Trade indicates that Ecuador must be prepared, in showing security and confidence, but also being careful.

“It is useless for us as a country to fight with the countries where the investment comes from, wanting from a small country to modify international investment rules. If you want to change, you have to influence from the field, inside and that is what this Government has wanted to do by returning to the ICSID (Convention on the Settlement of Investment Disputes between States and Nationals of Other States). Let it be clear, if we want more companies to invest to generate more jobs, clear rules are needed. You have to be careful, the country should work to give seriousness, trust, “he explains.

As part of the work between the two countries, the Ministry of Production, Foreign Trade, Investments and Fisheries, according to Legarda, has been working with the United States in various committees on environmental standards and labor projections within the framework of a commercial relationship.

Legarda gave these statements during the presentation of the Business Future of Americas (BFA), organized by the Ecuadorian American Chamber of Commerce Amcham Guayaquil and with the endorsement of the United States Embassy and Consulate in Guayaquil and the participation of the Ministry of Production; the Corporation for the Promotion of Exports and Investments (Corpei); and the Inter-American Development Bank (IDB).

It will be held on July 13, 14, 15 virtually and plans to bring together more than 400 high-level executives from the United States, Latin America and the Caribbean. There will be Juan Sebastián González Román, special assistant to US President Joe Biden.

This event will bring new business and investment opportunities for different sectors such as agriculture, logistics, creative industries, textiles, hotels and tourism, among others. And there will be congresses, commercial exhibition and networking. Some accesses will be free and others will have cost. (I)

Lasso rejects “the vile assassination” of the president of Haiti