On Monday the Gorakhpur Express passenger train crashed at high speed into a train wagon that was stopped on the tracks near a railway station in the state of Uttar Pradeshi, said district magistrate Bharat Lal.

The collision caused six cars of the passenger train to get derailed, causing at least 40 deaths and more than 100 injured, said the police officer Amrendra Sainger.

Rescue squads were devoted to work to free people trapped in the overturned cars and debris. Trains were diverted to other routes to avoid another accident.

Narendra Modi, who on Monday will be sworn in as prime minister of India, expressed his condolences to the families of the victims through his Twitter account. “We pray for the wounded,” he said. 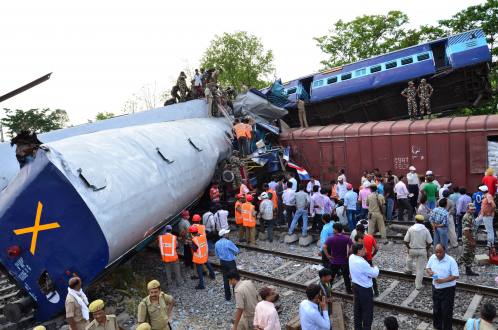