BREAKING NEWS
Domingo Cavallo and George Selgin highlighted the 20 years of dollarization
The filmmaker Paúl Venegas portrays the Chinese migration in his film ‘Empty’
The local shrimp consolidates its hegemony in the Asian market
Lenín Moreno lobbies in Davos, Switzerland, by Schengen visa
Ecuador and countries in the region take measures against an outbreak of coronavirus
Ecuador works on policies to welcome Venezuelans
Gastromixology, the technique that advances in Ecuador
The obstacles that the European Union puts on Ecuador’s exports
Ecuador promotes its tourist and gastronomic wealth in the markets of Madrid
Craft making unites a family from Chordeleg, in Azuay 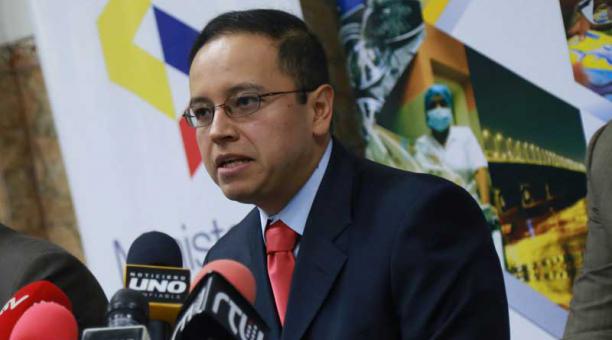 This Wednesday, April 4, 2018, the Council of Citizen Participation and Social Control (Cpccs) transitory resolved the dismissal of Patricio Rivera, as head of the Superintendence of Popular and Solidarity Economy.

The decision was made unanimously. According to a Cpccs legal report, Rivera breached the Public Service Law when he took office 235 days after being appointed. This is because, before assuming his position, he continued to serve as Minister of Economy, in the Government of Rafael Correa; and as a presidential adviser, in the administration of Lenin Moreno.

Two weeks ago, the Council unanimously approved the report. And he decided to call a public hearing for Rivera to present his defense. The appointment was on March 29. However, the official sent a letter and, with this action, renounced his right to defend himself.

The counselor Xavier Zavala Egas explained that, although not in person, the letter sent by Rivera is constituted as a defense plea. And for this reason it was defined that the document be analyzed by the legal team of the Council and this body issued a report that was the basis for the cessation. In the defense letter, Rivera assures that the Cpccs advanced criteria and violated the due process since a previous report already established the cessation of functions.

However, the subsequent report indicated that this action was an administrative act that has no legal repercussions but only served to have a basis for the public hearing. The Board did not clarify who will be in charge of the ownership of the Superintendency of Popular and Solidarity Economy while organizing the appointment process and name the new owner.

According to the law, in this case President Lenin Moreno must send a shortlist of candidates. However, Cpccs will not ask for the list until it approves the instructions for the competitions, which are projected to be ready when the evaluations of the rest of the authorities finish. (I)

Domingo Cavallo and George Selgin highlighted the 20 years of dollarization