The trial hearing of Swedish computer scientist Ola Bini, a friend of Julian Assange and who is accused of alleged illegal access to computer systems in Ecuador, was set up this Wednesday. 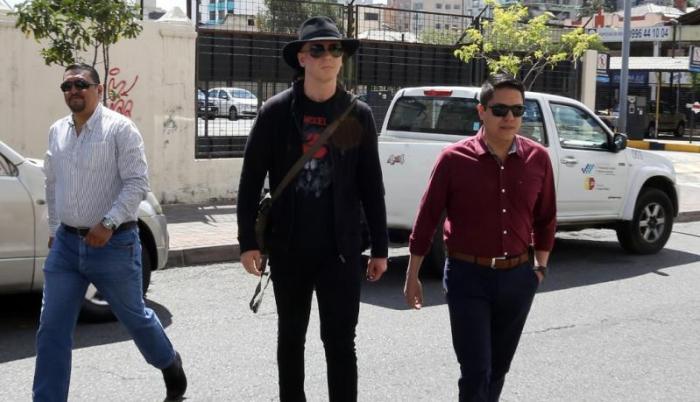 In statements before entering the Court’s facilities, the lawyer assured that they never intended “anything other than justice.”

The National Telecommunications Corporation (CNT) asked last October to postpone the procedure, which was resumed today at the North Judicial Complex in the Ecuadorian capital, Quito.

For Soria, the delays in the process have been “unnecessary” but today he was confident in the actions of the judges who, in his opinion, “will have to ratify the innocence” of Bini that “the only thing he has done is work in the country”.

Bini was arrested on April 11, 2019, when he was about to leave Quito for Japan, a few hours after the Government of Ecuador, then chaired by Lenín Moreno (2017-2021), put an end to asylum at its embassy in London from Julian Assange.

“We have never denied it (a friendly relationship between Bini and Assange) if that is a crime, the Prosecutor ‘s Office is crazy,” the lawyer stressed.

The Swede has been facing an investigation since 2019 for allegedly having also tried to access information from the platforms of the state oil company, Petroecuador and the then National Intelligence Secretariat.

At the time of his arrest, María Paula Romo, then Minister of the Interior and then of the Government, accused him of participating in activities that sought to destabilize the then Government of Lenín Moreno and indicated that she would present a complaint and the respective evidence.

Soria pointed out this Wednesday that Romo “never presented the complaint or the evidence” before the authorities, causing “all the things they said politically to fall.”

The Swede was detained for 70 days preventively and was released, although until now he has been banned from leaving the country, the freezing of bank accounts and the obligation to appear weekly before the Prosecutor ‘s Office