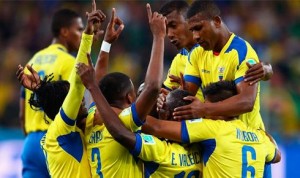 Gustavo Quinteros, coach of the Ecuadorian, established the list of players for the Copa America. Of the 23 players, 12 are active in the National Championship.

With the previous coach, Reinaldo Rueda, was happening otherwise. The colombian prefered to players who are on the outside, who were majority. Antonio Valencia and Felipe Caicedo were always in their calls. Now they were not considered for be injured.

Pedro Larrea replaced Michael Arroyo. The midfielder for América, of Mexico, was included in the first instance in the list, despite being injured.

The argentino-boliviano strategist relies on players of Emelec, who knows very well. For the continental tournament summoned seven of its members.

According to the coach, Duffer Alman, the body of the Ecuadorian soccer player, adjust better to the demands of the current football.

Without order from U.S. Prosecution of Ecuador will not investigate to Luis Chiriboga