Tuna and organic products improve with the European Union 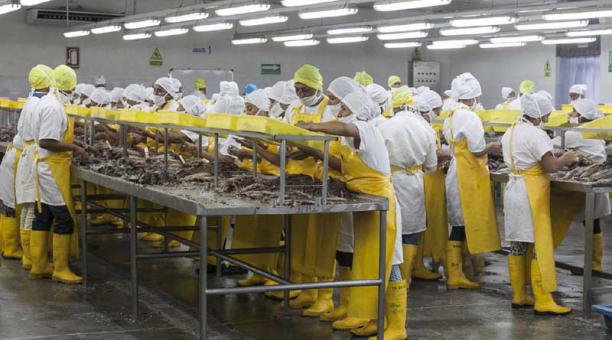 Tuna is a winner of the trade agreement with the European Union (EU), according to the statistics of the Ecuadorian Federation of Exporters (Fedexpor) and the Chamber of Commerce of Quito (CCQ).

Sales of this product increased more than 50% in the first year of validity. This product obtained preferential treatment under the agreement: its preparations and preserves were freed of tariffs. Without the agreement, they would have had to pay 24%.

Another measure that further promoted tuna sales was the EU decision of 2016, which allowed Ecuador to use, without losing tariff benefits raw materials from other countries that have agreements with the bloc. Among those nations are Colombia, Costa Rica, Peru, El Salvador, Honduras and Guatemala.

This product is followed by bananas, which income rate per metric ton to Europe almost equaled that of competitors, which already had a treaty with the EU. Shrimp and flowers registered more modest sales growth. And in tropical fruits (pineapple, mango, passion fruit and papaya) there was an increase of 10%.

In this group are those that are sent fresh, frozen, with some process of treatment and others. “They are like USD 90 million more,” said Xavier Rosero, technical manager of Fedexpor. There is also a significant growth in sales in value of the palm, both natural and its derivatives.

Organic products have a high demand in this market. The concept of organic agriculture is to minimize the use of non-renewable resources and not to use synthetic fertilizers or pesticides.

In Ecuador there are 1 100 products with organic certification, according to the Cadastre of Organic Agrocalidad Operators. In addition, the Catalog Ecuador Certificate, of the Ministry of Foreign Trade, details that in the country there are 36 246 hectares registered for organic production.

Marianne Van Steen, ambassador of the EU in Ecuador, mentioned that the bloc is satisfied with the results achieved in the first year of the agreement. “The commercial flow between both sides grew. The result is due to a recovery process.

For the European block it helped the elimination of vehicle quotas and safeguards. ” For example, among the items that Ecuador imported most from the EU are petroleum oils for different factories, parts for ships or new ships, pharmaceutical products.

In consumer goods are wines and automotive. According to the Association of Automotive Companies of Ecuador (Aeade), in 2017 15 new models of cars entered the country of European origin. The brands that expanded their offer were Peugeot, Chevrolet, Skoda, Citroën, Fiat, BMW and Mini.

On average, last year the share of European cars in the Ecuadorian market was 4%, an increase compared to 2016, when it stood at 2.4%. In the first quarter of 2018, participation reached 6%. Although the commercial agreement has been dynamic in the exchange of goods, the results in other areas will be seen in the long term. Van Steen pointed out that there are some investments, but they have not been so important, because it is very early, but there is the advantage of having a stable legal framework.

Spain, the Netherlands and Italy invested US $ 129 million in 2017, according to the Central Bank of Ecuador. In the case of public purchases, there are no statistics. The export of services also has an open door in the EU, but since the agreement came into force no services have been exported to this block, according to Pro Ecuador. (I)