TV segment `The Buttockmetter´ expects resolution of the Supercom 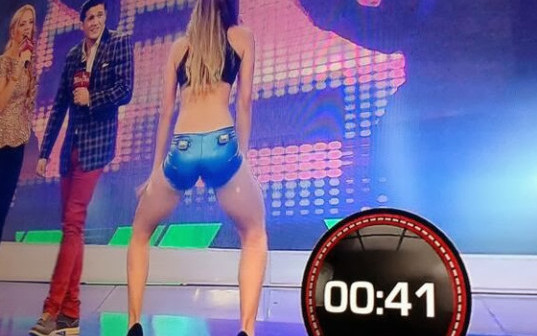 Only three left days to determine if the segment `The Buttockmeter´ of the TV program `I´m the best,´ broadcast by TC Mi Canal is discriminatory or not. This will be determined by the Superintendency of Communication (Supercom). In case to be true, the penalty shall consist in a public apology made by the Director of the program on the TV Channel website in not less than seven consecutive days.

Yesterday morning was performed the audience derived from the demand made by the Communist Youth of Ecuador. Juan Francisco Torres, Secretary of the group, said that the segment is “discriminatory ” because “it fragments the entire body of the woman that serves to generate ratings and to reproduce a patriarchal society; it excludes the whole body to only one part (the buttocks).”

Meanwhile, Ulises Alarcon, Defence Lawyer of the channel, dismissed the complaints and said: “Ecuador is a rule of law and here is not judged what ‘I think,’ judgment is made according to the law. You can not knowingly file a complaint to get a penalty according to what I think.”

To pursue the complaint for discrimination, the Supercom shall refer them first to the Regulation Council (Cordicom). This entity will qualify the infringement based on Article 63 of the Communication Act and in case of punishment, it will be done based on Article 64.