`Two and a Half Men´ is coming to an end 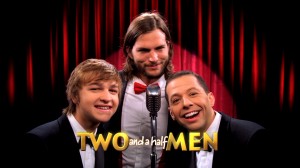 On Wednesday, CBS confirmed that its famous series `Two and a Half Men,´ will end with the last chapter of the twelfth season. The series had its beginning in the fall of 2003, which is based on the daily life of two brothers, one who is divorced with a son, and another who is a womanizer.

While Charlie Sheen starred the program, it reached a tune of 30 million people, which has changed a lot since Sheen, because of his erratic behavior off the set, came out of production, being replaced by Ashton Kutcher in the leading role.