Two AP journalists are victims of shooting in Afghanistan 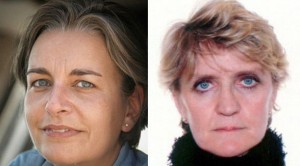 Two foreign journalists in Khost province in eastern Afghanistan, has been killed and the other wounded respectively, as confirmed by the Associated Press (AP), for which they worked.

Both were in a village in the border area of Afghanistan with Pakistan with a team from the Electoral Commission, which distributed ballots and other material for the elections tomorrow.

“Anja Niedringhaus, 48, a German photographer of international renown, died in the act, according to an aide to the AP video service that has witnessed the shooting,” the agency said in an article on its website. For its part, the Canadian journalist Katy Gannon, 60, has been “wounded by two shots and is receiving treatment, but in stable condition,” it added.

“Naqibullah, a Tani district police in Khost, has fired at the two foreign journalists,” said Mobariz Zadran, a spokesman for the governor of that province, to Reuters.

“The attacker has been arrested and is being questioned,” said a source in the Interior Ministry who requested anonymity.

Garcia Marquez is hospitalized in Mexico