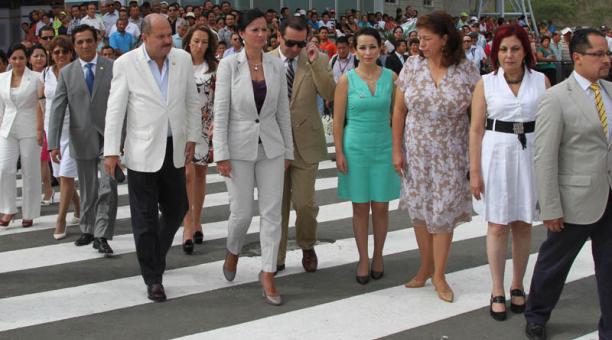 In Montecristi and Quito, polarized debates were initiated on the 16 amendments to the Constitution promoted by the ruling party. In Montecristi, in the plenary hall of the Civic Center Alfaro City,14 lawmakers began the dissemination of the content of the reforms, while in Quito,20 former Assembly members of Montecristi gathered at the Andina University to propose a critical debate.

In Montecristi, the official discourse was the same, which referred to clarify that the amendments seek not to alter the spirit of the Constitution and on the contrary, reinforce and guarantee citizens’ rights.

The President of the Casual Commission for amendments, Juan Carlos Cassinelli, said that proposals will be accepted until October.
At this meeting, the central points of discussion were the reelection of elected authorities, the exclusive powers of the state to the referendum, for municipal governments to participate in physical infrastructure and equipment of educational and health centers, as well as labor amendments.

Meanwhile, in Quito was made a resolution in which they committed in four points: to defend democratic values, to participate in the national debate, to demand a referendum and invite other democratic forces in this debate.

Former militaries are offended by statements of President Correa

Obama: The US Congress must lift the trade embargo on Cuba