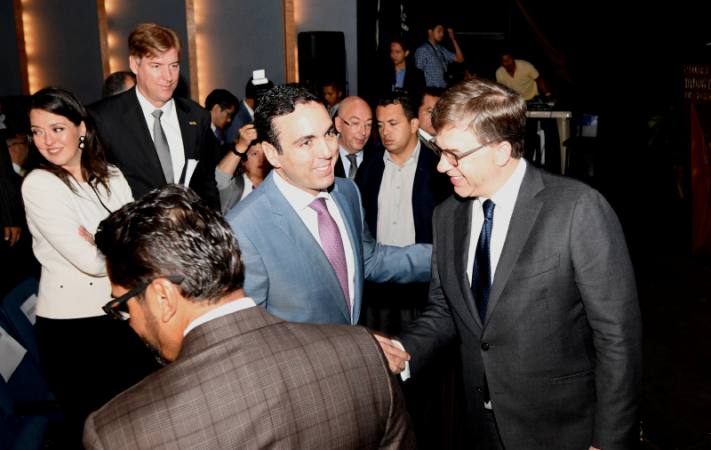 After the approval by the House of Representatives of the United States of the draft Law on the Renewal of the System of Tariff Preferences (GSP), there are still two steps for the system to take effect in a comprehensive manner.

The issue must go through the US Senate and finally be sanctioned as a law by the president of that country, Donald Trump, explained the Foreign Ministry when referring to the issue. According to the bill, the GSP that allows the entry of exports from Ecuador and 120 other countries with tariff preferences would be valid for three more years, until the end of 2020, that is, for three more years.

In addition, the project proposes that the tariff benefits granted by the US be retroactive for 2018. The news is a good sign; say the productive sectors of the country. Juan Francisco Pozo, manager of Economic Information of Expoflores and director of the Council of Chambers, considered that this first pronouncement of the House of Representatives is an indicator that the GSP will be renewed and that the process will not be too long.

This expectation also generates peace of mind for US importers as in the exporters of the various countries, which can work with price stability, since the return of tariffs is expected to be completed.

According to the Foreign Ministry of Ecuador, it is counted for the renewal of the GSP with the support of both the Democratic Party and the Republican Party, and in the House of Representatives and the Senate, as well as the US federal administration itself.

This Ministry indicated that it will continue “carrying out all the necessary steps until the GSP renewal is completed” and that this could take place in March.

For his part, Roberto Aspiazu, director of the Ecuadorian Business Committee (CEE), also considered that this is positive news, as there was concern that the issue could be delayed. In any case, considered that after approval, the procedure could last a couple of weeks.

But the businessman noted that once again it is clear the need to go for a long-term trade agreement. We must stop relying on these unilateral measures from the USA.

He considered it important that the Committee on Trade and Investment with the USA be reactivated at this time that stopped working in 2009. (I)

of dollars in Ecuadorian exports benefit from the GSP with the United States.

The reins of financial institutions are released