Two visions on the debt 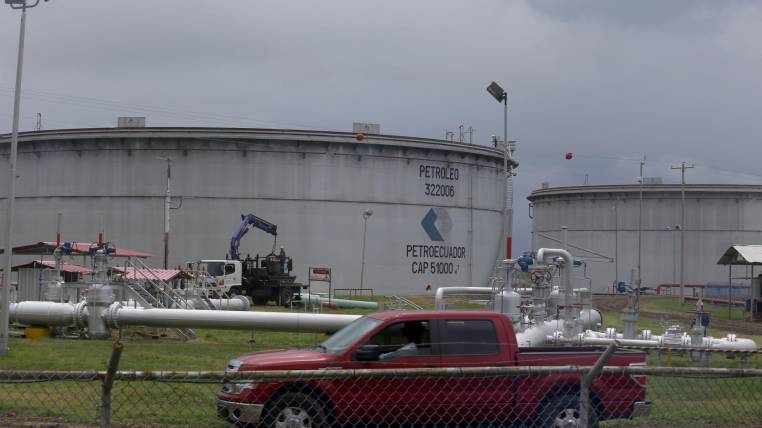 There are differences. The management of the public debt, during the past decade, provokes different reactions within the government of Lenin Moreno. His ministers have opposing theses, for example, on the use of public companies to acquire loans.

For the Minister of Hydrocarbons, Carlos Pérez, it is necessary to separate the functions of the State to avoid irregularities. During the administration of former President Rafael Correa, these functions were mixed.

Newspaper EXPRESO informed, on Tuesday, that the Ministry of Finance and Petroecuador signed, in December 2014, an agreement for the public company to obtain money to finance government works. The problem is that neither of the two entities registered the amount. Moreover, the total value is not yet disseminated.

Pérez said that the agreement, in effect until 2020, will not be used. It is not correct, he believes, for a public company to seek money for state projects. That is the obligation of the Ministry of Finance, he said. The holder of that state portfolio, Carlos de la Torre, is more flexible. For him, the agreement is broader and should not be stigmatized. “It is a mechanism to optimize financing channels,” he explained. According to this newspaper, the government of the self-proclaimed citizen revolution had no choice but to sign this type of agreement because obtaining credits was more complex. That was the reason, in addition, to contract debt with short terms and high interest rates.

In this field, the debts with China stand out. Nearly 30% of the debt recognized by the Government is destined for the Asian giant. What is the problem with China? Its conditions are strict, the interest rates exceed the average of multilateral organizations and, most seriously, if something is not to the liking of the authorities of that country, the disbursements in favor of Ecuador are suspended although they are not related.

The anticipated sale of crude is the star case. Petroecuador, at the end of last year, was looking for better price conditions. The change upset the Chinese oil companies and, as a measure of pressure, the banks of that country stopped delivering money offered to Ecuador despite the fact that the debt contracts were not the same. “It’s the problem of putting all the eggs in the same basket,” Pérez said. For him, it is wrong for China’s banks to stop providing resources for actions outside the bilateral lending contract.

De la Torre does not believe that all the eggs are in the Chinese countryside, although he acknowledged that the strategy is unfavorable. “They are interconnected,” he said. Despite different perspectives, Lenin Moreno is clear about the common goal. The ministers agreed that the chief executive ordered that no more credit operations be done through Petroecuador. (I)