Two “unusual” operations call the attention of the Financial and Economic Analysis Unit (UAFE) when reviewing the accounts of Fernando Alvarado Espinel, former Secretary of Communication and former Minister of Tourism of the government of former President Rafael Correa.

As a first point he points out a difference of $ 139 thousand between what the former official reported to the Internal Revenue Service and what his bank account registered.

“Between the years 2010 to 2016 presents income in their income tax returns for $ 495,560, however, within the same period enters $ 634,626 to your account,” says the document released on Tuesday of last week and that later the General Prosecutor’s Office of the State confirmed its reception. 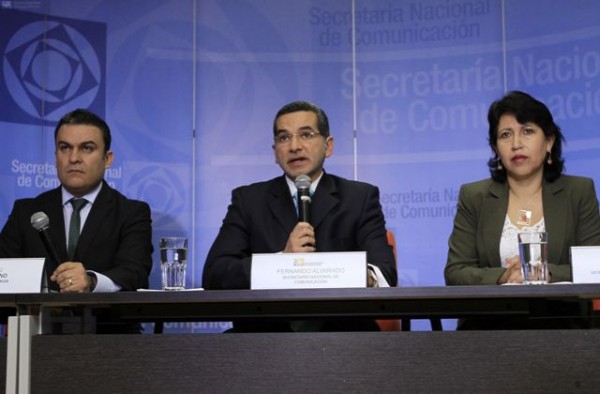 And the second issue, which deepens the UAFE, are the deposits and money transfers made by Betty Echeverría Morla, wife of one of the most trusted officials of former President Rafael Correa. “Between the year 2011 to 2017, the aforementioned lady records income of $ 315,664,” she says.

The list of the UAFE consists of a dozen people and companies that gave checks to Echeverría Morla. Among them is Medardo Lasso and Marjorie Caamaño for an amount of $ 25 thousand, in addition to the son of both José Pablo, for $ 19,500.

When contacted by El Universo, José Pablo assured that he canceled $ 54,000 for the purchase of a plot of land in Las Cumbres (Ceibos), of about 400 meters, but that the business had been done with the son, Fernando Alvarado Echeverría. 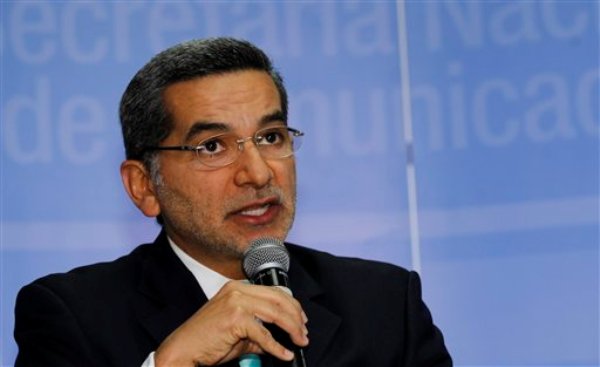 “I bought them a piece of land in Las Cumbres, which was in the name of Mrs. Echeverría, who did not know who I was … I never met them (Fernando Alvarado and his wife), the process was done through the son … that boy sold the land, “explained the agricultural economist, who said he made the payment by check.

The UAFE report also lists the beneficiaries of checks paid by Betty Echeverría. “There is Mr. Jalca Villegas Camilo Isaías, who received $ 10,000 in 2013, a value that was subsequently collected in cash,” says the UAFE. The newspaper El Universo contacted Camilo Jalca, who worked as a driver for Fernando Alvarado Echeverría and who also signed as a founding partner of the company Vialmesa in 2010, a company that in the span of a year and a half monopolized the contracts for the transport of urea by $ 3 million from the state National Storage Unit (UNA).

Jalca Villegas referred to the report of the UAFE that states that he received $ 10 thousand from Betty Echeverría: “Negative, I have not received money from them … I know her, because she is my ex-mother’s mother, that I at the end (of 2013) or early 2014 I think I left, I stopped working with them, because the salary they gave me was too low, it was a basic salary … “, he said adding that he was fired and that his liquidation was lower at $ 2 thousand.

Jalca said he had no contact with Echeverría: “I have never received money from her and, in addition, that amount of money for what and why they were giving it to me … I do not have anything in my account, they can review it”. Meanwhile, the deputy of the Secom, Fernando Alvarado, has not given statements on the matter. “I have not yet been notified and I do not know about the subject beyond what I see in the media, and with many distortions, and have built a shampoo mixing businesses, family and others.” says Alvarado.

54 thousand dollars: It is the amount paid by José Lasso for land acquired from the Alvarado Echeverría family. (I)