This Thursday the Ukrainian ambassador to the United Nations in Geneva, Yuri Klimenko said that “there are indications that Russia would be ready to carry out an intervention in eastern and southern Ukraine,” in regions with high population of Russian origin, he said.” The Russian military presence is not limited to Crimea,” he added.

Klimenko explained that in recent days they have detected movements of pro-Russian activists carrying IDs from Russian security services, and also told that last weekend some Russian paratroopers “landed, allegedly by mistake, on Ukrainian territory, rather than in Russia.”

However the ambassador made clear that Ukraine “is ready to defend its territory with all available means (…) but we are committed to find a peaceful solution,” he said before reiterating that Crimea remains a part of Ukraine and that they have not accepted the fact that it is now a part of Russia. 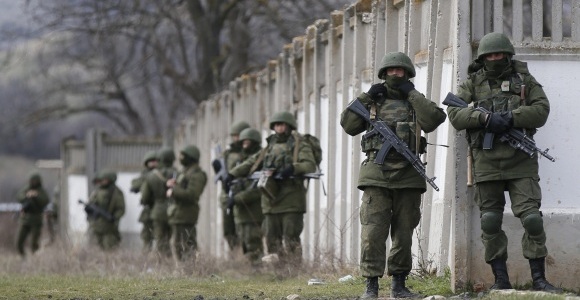 Russian soldiers watch over a base at Crimea.