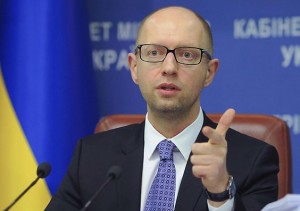 The Ukrainian Prime Minister Arseniy Yatsenyuk, noted that “while the Donetsk and Lugansk regions remain under control of all kinds of impostors, they will not receive funding from the central budget. The government will not fund terrorists and impostors.”

The State aids, representing $2,600 million, will resume once the separatist forces surrender.

The government has not paid pension in these areas for several months, but has said that retroactive payments will be made when the rebels are gone.

“Paying now to these areas means that money will not reach the people. It will be taken by Russian bandits, which is nothing other than direct support to Russian terrorism,” Yatseniuk said.

He also said that the suspension of payments will not affect the supply of gas and electricity to the rebel areas.