Ukrainian Prosecutor accuses Yanukovych and collaborators of carry off $ 32,000 million 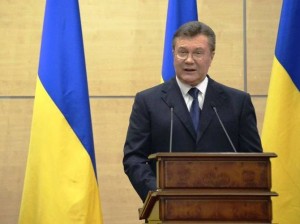 The Prosecutor of Ukraine reported on Tuesday that overthrown Ukrainian President Viktor Yanukovich and its surroundings were carried to Russia at least 32,000 million, Ukrainian agencies reported today.

“We believe that Yanukovych is using this money to fund the separatist movement in eastern Ukraine. Russia continues sheltering the former president whom authorities have been involved in murder and corruption, ” said the prosecutor Oleg Majnitski.

He added that “according to the latest data, only to Russia (the former senior managers Ukrainians) were carried 32.000 million dollars.”

Yanukovich, former head of the Ukrainian state, escaped from Ukraine between 21 and 22 February, after having been dismissed by the opposition in the Ukrainian Parliament.

Education credits will have a funding of up to 15 years