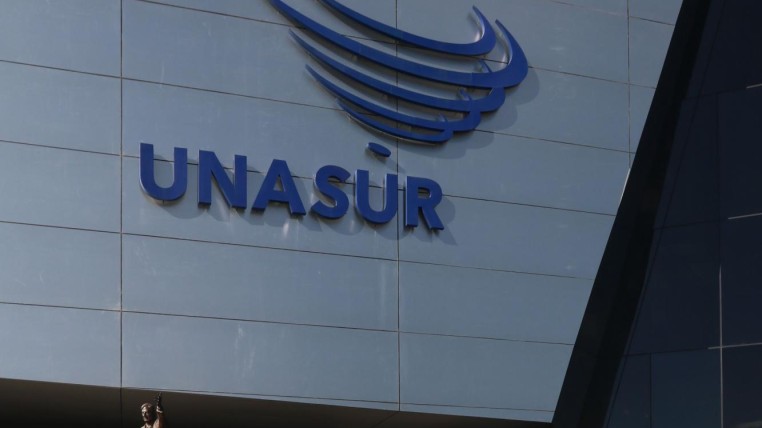 The ingredients are there. Mixing in a cocktail that will not have an encouraging result for the Union of South American Nations (UNASUR). The last component is placed by Argentina and its intention to become the first country to leave the front, according to a publication of the Infobae portal that consulted “four qualified sources of the Argentine Government”. It is, in the case of concretization, a blow more to this group whose importance in the region was falling of little by little until being in the present state of languor.

Andrea Balda, doctor in International Relations and professor at the Casa Grande University, points to the ideological bias with which Unasur was born as the main cause of its uncertain course. This, according to the expert, explains how the simple fact of the change of ideological line in some countries of the region such as Argentina, Brazil and now Chile, with the election of Sebastián Piñera, puts the foundations of the organization to shake.

“Next year will be interesting because of the number of elections in the region. Probably this will be the beginning of a division within the organization, “he reflects. But the blows to UNASUR do not come only from those who do not agree with the postulates of some of its members, but also from those who do, and were one of its managers, former President Rafael Correa. Or at least Joaquín Hernández, an internationalist and rector of the Espíritu Santo University, analyzes this, recalling that the exmandatario, curiously, denounces the current government for a supposed alteration of the constitutional order before the Organization of American States, a body that questioned harshly when he was in power, and not before Unasur.

“I see the situation of Unasur very difficult, because it is supposed to be an organism that was going to promote integration, but unfortunately the ideological bias with which it was born from a group of leaders took away its legitimacy.”

With the mixture of all these ingredients, added to the absence of a general secretary by the veto of Venezuela to the name proposed by Argentina, Unasur faces a dilemma. Leandro Querido, Argentine political scientist and professor at the University of Buenos Aires, puts it this way: either it is reconsidered or it becomes a museum. “If there is no democratic transition in Venezuela because of veto power, Unasur is destined to become a museum of ideological political tourism.”

EXPRESO requested a comment from the Communication Department of Unasur about the Argentine intention to separate from the group, to which they replied via email, “we have not received any official pronouncement from the Foreign Ministry or Government House of Argentina,” which holds the presidency pro tempore.

Evaluates being the first to leave the group

Through the Infobae portal, it transpired that the government of President Mauricio Macri is considering leaving the Union of South American Nations, among other reasons, for the objections that the countries of the Alba put to the projects. On December 29, according to the portal, the order would be made official. However, the Argentine Foreign Minister, Jorge Faurie, denied the alleged intention, making it clear that they are disappointed by the progress of the body.

By consensus: The member countries must agree with the decision that will be made, anyone that is out, if they cannot exercise their right to veto, which makes decision making difficult.

The vacant chair Argentina proposed the name of José Octavio Bordón to replace Ernesto Samper as general secretary, but Venezuela exercised its veto and stalled the appointment.

Ecuador’s position is to give a second breath to the regional organization, so it also seeks to unite criteria and consensus to appoint a new general secretary. (I)