The two presidential candidates from El Salvador declared themselves as winners of the second round of presidential elections on Sunday, although the Supreme Electoral Tribunal (TSE) said the difference of 6,600 votes for the left-wing candidate, Salvador Sanchez Ceren, is too small and that a recount is necessary.

According to preliminary data from the TSE, the current Vice President Sanchez Ceren, from the Frente Farabundo Martí para la Liberación Nacional (FMLN) won 50.11 % of the votes, against the 49.89 % of Norman Quijano, from the Alianza Republicana Nacionalista party (ARENA). The Chief Justice urged for caution and asked for patience until the final count.

The FMLN was about to win the election in the first round by getting 48.95% of the votes against the 38.96 % from ARENA, an advantage that according to polls 15 days ago, still remained.

The TSE is planning to start the vote counting on Monday in what is expected to be as a real struggle for each vote. 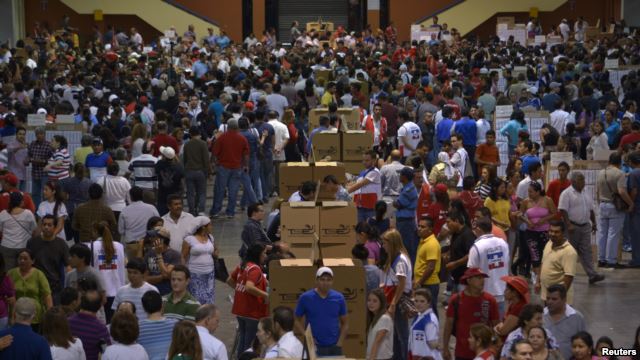