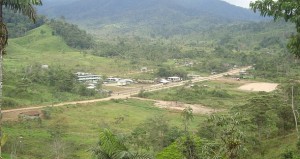 The regulation is stated in the draft Land Act, which will go to the second and final debate in the plenary of the National Assembly. This provision is effective for poorly maintained or abandoned lands, ie, that are not productive and do not fulfill their social and environmental function.

But these lands, which will be owned by the state through the Land Fund, will be purchased. Not at the market price, but at the one determined by the registry of the Municipality to which they belong. This was explained to daily Expreso by the Vice President of the Commission on Food Sovereignty, Mauricio Proano.

“The state will pay to all the owners of those lands. The state is negotiating this,” he said.

But the expropriations will not be immediate. First, the owners will be notified, who will have a one year term to make their lands productive. They will also pay a fine.

In addition, rural lands that are on trial or are the subject of an administrative complaint, for over five years, will be declared of public utility and be redistributed, according to the twelfth transitory provision.

Carlos Polit: “There is a complete and profound mistake”