The party constituted by the Guatemalan businessman Álvaro Noboa Pontón, Adelante Ecuadorian Adelante, was extinguished from the Permanent Registry of Political Organizations of the National Electoral Council (CNE). 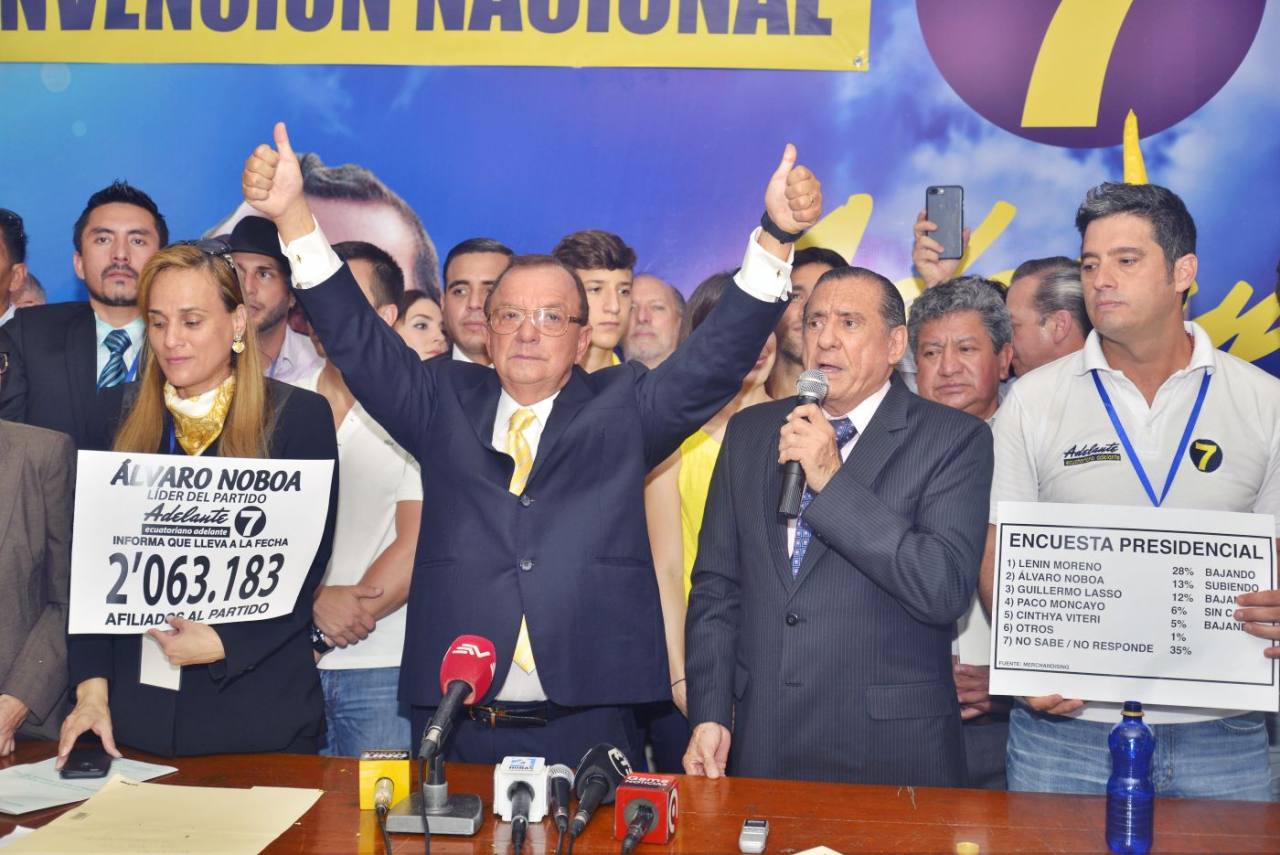 The decision was taken Thursday night with the affirmative votes of the advisors José Cabrera, Esthela Acero and Diana Atamaint, and the abstention of Enrique Pita.

The legal report on which the resolution was taken explained that the political organization failed to comply with paragraph 3 of article 327 of the Code of Democracy, in that it did not reach 4% of the votes valid in two consecutive multi-person elections at the national level, or at least three representatives to the National Assembly, nor 8% of mayors, as well as a councilor or councilor in each of at least 10% of the cantons of the country.

As part of this decision the organization will be deleted from the registry, the registrations of the citizens that appear as affiliates will be canceled. In addition, a liquidator will be appointed to observe the extinction process within 180 days.

In fact, yesterday the extinction of 19 provincial, 23 cantonal and four parish political organizations was also approved. In total 46 groups failed to comply with paragraph 4 of article 327 of the Code of Democracy, regarding not having obtained at least 3% in two consecutive elections in their jurisdiction.