Last Tuesday, the United Kingdom would impose a strict annual number of authorizations for non-European workers. To reduce the immigration on the country, the foreign student’s visa would be revoked. 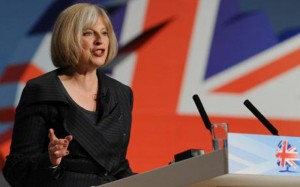 The Interior Secretary, Theresa May, stated that the number of civilians that do not belong to the European Union, but are authorized to work, would be limited to 22.000. Many critics of the subject do not understand exactly how the Prime Ministry David Cameron would fulfill his promise to reduce the immigration, since the imposition also affects students and relatives of civilians with visas.

“We can’t continue like this, we must adjust our immigration system,” told May to the legislators after announcing the new rules.

As a member of the European Union, the United Kingdom must allow that citizens of almost all the nations to live and work in their land. However several businessmen have asked Cameron to not impose such drastic measures to non-European workers and to keep in mind that some sectors would end up without the necessary personal, especially on health services and energy infrastructure projects.  Meanwhile, May stated that the United Kingdom would reserve a thousand visas annually to scientists, scholars and talented artists.