Two judicial processes in the United States are investigating the payment of bribes at the Ecuadorian state-owned Seguros Sucre SA in exchange for maintaining reinsurance contracts. At the center of the accusation is the former chairman of the board and former adviser to then-president Rafael Correa, Juan Xavier Ribas Domenech , based in Miami. 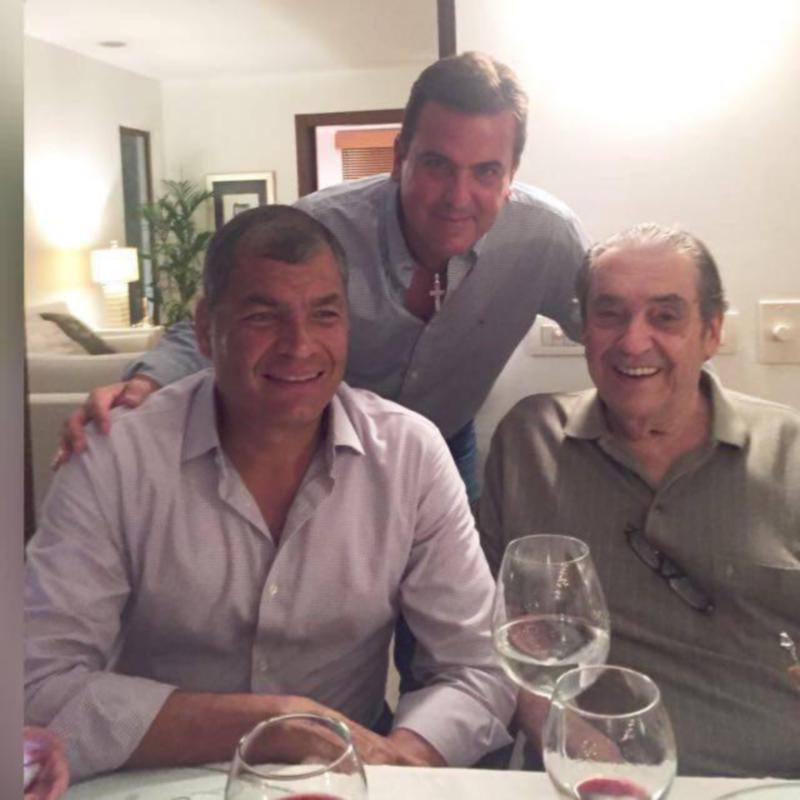 According to the judicial statement of the US agent in charge of the investigation, the bribes were allegedly paid between 2014 and 2016 and exceed $ 6.5 million . Of that amount, at least $ 1 million was deposited to Ribas Domenech and his relatives in the US financial system. The US, while another part was delivered in cash and investments, which would add about $ 3.6 million.

The allegations are of course money laundering and violations of the Foreign Corrupt Practices Act (FCPA), and the arrest of all individuals is called for. The documents were only made public last Thursday despite dating back to several weeks ago.

The second process, in March, is against the Ecuadorian American Roberto Heinert , also dedicated to the reinsurance business in Miami.

In the Rafael Correa government, it was ordered that the entire public sector contract their insurance policies with the state-owned Seguros Sucre. In turn, this company had to negotiate abroad the coverage of those contracts (reinsurance). It is on this reinsurance negotiation that the American investigation is focused.

Agent Jeffrey Lamirand of the Criminal Investigation Service of the US Internal Revenue Service. The US detailed in its statement how the payments related to the insurance policy of the Ministry of Defense as of the end of 2013 worked. In addition, a payment related to Termopichincha, the state-owned electricity generator, is mentioned.

According to the agent’s version, this scheme violates US law. USA and from Ecuador, since the accused conspired to launder monetary instruments from bribes and to cover up the illegal origin of the money. In his statement, the names of other intermediaries, officials of Seguros Sucre or the companies that participated were not mentioned, since they are only known by the authorities of that country.

In his account, he indicated that in June 2013, Seguros Sucre delivered the reinsurance of the Ministry of Defense policy to a company and that the contract was until 2014. But in late 2013, the Ecuadorian informed him that it was not going to renew the business for the following year. Ribas Domenech took over Seguros Sucre in September of that year, following allegations of irregularities made by the Anti-Corruption Secretariat.

The Colombian Felipe Moncaleano Botero was the one who represented the reinsurer and that is why he contacted the intermediary José Gómez Avilés to help him keep the contract and there were even meetings with Seguros Sucre officials, including Ribas Domenech. In May 2014, the renewal of reinsurance was agreed in exchange for the payment, always according to the account of the US agent, of $ 1.8 million in commissions and 8% of the value of the following contract, for the years 2014-2015.

On the institutional portal of the Ministry of Defense, the estimated value of the Armed Forces aircraft policy for that period amounted to $ 28.4 million.

In court documents, it was indicated that the reinsurer made several payments totaling $ 10.8 million in accounts in Panama, Switzerland and the United States, on behalf of different companies. And from those companies, money orders were sent to the accounts of Ribas Domenech and his relatives, and investments were bought in an intermediary in the Cayman Islands.

In the process against Roberto Heinert, it was said that he also paid bribes to Ribas and another Seguros Sucre official, but there is only talk of $ 2.2 million . Gomez and Heinert are close friends.

A financial intermediary was also cited who collaborated in the transactions and justifications for the banks, in which he talks about supposed “loans”, not only for Ribas but also for other officials from Seguros Sucre.

In his statement, the US SRI agent noted that emails, contracts, documents and bank statements were reviewed, and interviews with witnesses were conducted. Meetings for the bribery deal were held in Miami, he added.

The accusation against Ribas has already been discussed on social networks and a photo of the singer-songwriter Alberto Cortez, together with Rafael Correa y Ribas, taken at his home in Guayaquil, was posted.

This newspaper tried to locate Ribas in Miami and Ecuador, without results. He also sent an email to Heinert’s attorneys in Miami, but received no response.

Born in 1968, he studied Economics at the University of Denver (USA). He worked at Banco del Pacífico and then specialized in insurance. He was manager of Seguros Unidos and Ecuatoriano-Suiza, before assuming the presidency of Seguros Sucre SA He was also an advisor to the Presidency of the Republic.

In Ecuador, he is a partner, together with the Costa Rican company Saranda Investments Sociedad Anónima, of the firm Dimony, which is dedicated to advising companies. His last tax payment was in 2018.

In Miami he is a representative of the company Derecha LLC along with his wife, Marina Vedani de la Torre. She also appears in the companies Range Ventures LLC and Verisa Holdings LLC.

Guayaquileño, born in 1978, has been based in Miami for a long time. He had the companies IHG LLC and Latam Re LLC in Florida, but dissolved them two years ago. Last March, it sold its shares in the Ecuadorian company Escalfaro SA, which is engaged in financial activities except insurance.

Ecuadorian-American, has been in the insurance business in Miami since the mid-2000s. He has had several companies that are now inactive such as Heinert Insurance LLC, Reinsurance Limited and Re-Insurance Group LLC. He remains as the representative of two active firms: Mashar LLC and Latin American Reinsurance Consultants Inc.In Tedavic LLC, dissolved in 2018, he appears with José Vicente Gómez. Both also use the same representative in Miami, the firm Rozencwaig & Nadel LLP.

He is a reinsurance broker and president of JLT Re, according to his LinkedIn page. The company JLT Re Colombia Corredores Colombianos de Reaseguros SA appears in the Registry of the Superintendency of Companies of Ecuador as foreign reinsurance intermediaries. He is president of the Panamanian companies Sarandi Investment Inc. and Expolat SA, as well as of the British JLT Colombia Wholesale Limited. In Miami, the company San Rafael Investments LLC was opened for only a few months in 2015 and then created Monospan LLC.