University of Nigeria suffers attack by members of Boko Haram 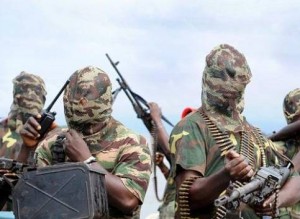 At least 13 students killed and 47 others injured, was the outcome of a committed attack this Wednesday by Boko Haram in the seat of the Federal University, located in the Nigerian city of Kano.

The attack occurred about 14:30 local (13:30 GMT), and two assailants, alleged members of the terrorist Islamic group, were killed.

Armed with assault rifles, AK-47s and explosives, the terrorists killed the security guards at the main entrance and, once inside, fired on students trying to escape, they also threw explosives.

This is the third attack on a school in the same city, located in the north of the country, after last July 30 two students were killed in a suicide bomb attack at the University Center of Islamic and Legal Studies.

According to calculations of the Nigerian government, so far this year, Boko Haram has killed nearly 3,000 people, and about 12,000 since 2009.