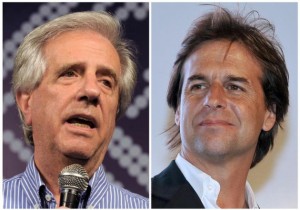 The former President of Uruguay and the ruling party candidate Tabaré Vázquez (2005-2010) surpasses in 16 points to the opponent Luis Lacalle Pou in voting intentions, less than a month before the ballot in the country, according to a survey showed on Tuesday October 4 .

52% of respondents plan to vote for Vázquez, representing the ruling Frente Amplio (left), while 36% would prefer Lacalle Pou, of the Partido Nacional (center-right), revealed the survey performed by the consulting firm Factum broadcast on Channel 4.

12% of respondents have not yet determined their vote or plan to vote blank or null, it added.