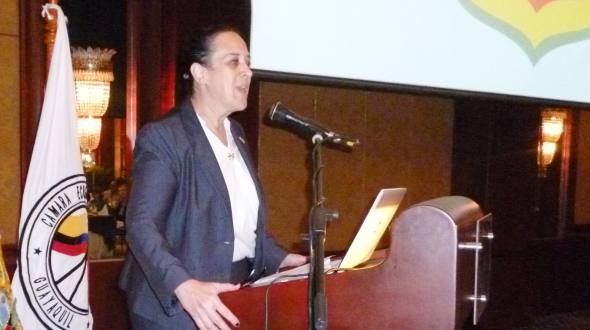 One of the main concerns of the United States (USA) within the bilateral trade relations with Ecuador are the control measures on imports from the country adopted on December 2013. This was stated on September, 23 by the Economic and Business Adviser of the USA, Nicole Weber, during a conference organized by the Ecuadorian American Chamber of Commerce (AMCHAM) in Guayaquil.

Weber said that her country raised concerns to the Committee on Technical Barriers to the World Trade Organization (WTO); although she clarified that this action is not about a formal complaint.

Despite the concerns, the analyst said that trade relations between the two countries increased from $ 16,000 million in 2011 to $ 19,000 in 2013; and between January and July of this year $ 11,000 million were recorded, a slight increase compared to last year.