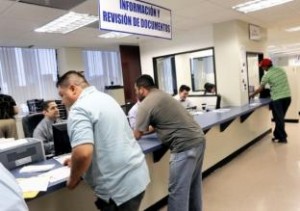 The United States extended yesterday for 18 months a legal immigration status that will allow nearly 204,000 Salvadorans to live and work legally in the United States until September 9, 2016. The Department of Homeland Security announced that those who are interested shall apply for renewal before March 9, 2015.

This temporary immigration status, known by its acronym TPS, will be awarded to citizens of countries that suffered natural disasters.

Hondurans and Nicaraguans also enjoy of the TPS.

This temporary immigration status prevents people to be deported and allows them to obtain authorization to work legally in the United States.

Dialogues between the US and Cuba will start on January 21st