USAID presented its achievements previous to their departure from Ecuador 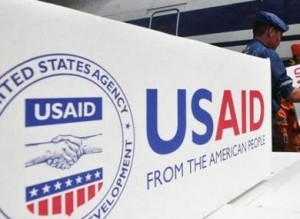 The results of an environmental project that the U.S. Agency for International Development (USAID) implemented in the country for five years, and ended as part of its next withdrawal from Ecuador in late September, were presented yesterday.

USAID officials, as its Director, Claudio Saito, stressed that the proposal has benefited “more than 16,000 people” in the provinces of Esmeraldas, Guayas, Santa Elena and Manabí, since it began in June 2009.

Among its executed plans, is comprised the reserves preservation of Chachi and Galero San Francisco (in Esmeraldas), the Machalilla National Park (Manabi), the corridor of the Colonche-Chongón mountain range (in Manabi and Santa Elena) and the Gulf of Guayaquil (in Guayas).

Saito said that thanks to the “technical assistance” provided to the community in these sectors, the conservation of nearly 3 million hectares in protected areas was achieved.

For his part, the U.S. Ambassador, Adam Namm, expressed its confidence that cooperation between these countries continues, although “USAID does not continue.”