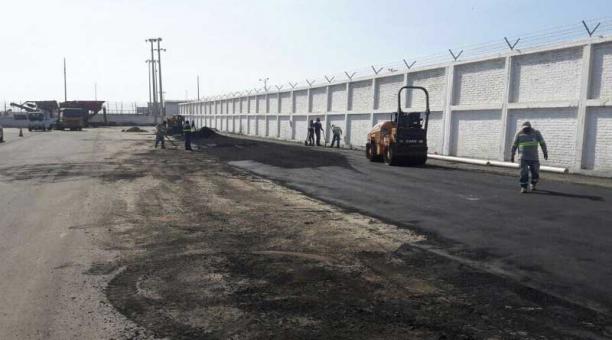 Five platforms, scheduled to arrive on May 11th, were purchased by the Port Terminal of Manta (TPM for its Spanish acronym). These, along with the tractor-trucks already purchased by the concessionaire, are part of the initial investment in the modernization process of the Manabi port. TPM is a company created by the Chilean group Agunsa to operate and manage the international terminal of the Manta port, following the concession contract signed last December for a period of 40 years and an investment of USD 177.3 million.

Since March 1, new offices have been opened for public attention and the management activities. In addition, improvement and signage works have been done, and a security system has been installed. Investments in different works and projects total approximately USD 15 million in the two months of operations in charge of TPM. The signing of the contract for the study, rehabilitation, and expansion of the docks of the International terminal is among the projects.

The contract was signed on April 12 with the Guayaquil consortium Ciport/Tecnac. A statement from TPM, assures that the works of that firm will rehabilitate the international docks, whose structure suffered damages after the earthquake occurred on April 16, 2016. Planning includes adjustments for access and the structural repair of piers 1 and 2. ATM informed that the deadline for these works will be 330 days counting from the contract signing.

The contract for the extension of the international pier 2 was also signed. The additional 100 meters of the berth will take 270 days to be built. According to Samuel Franco, general manager of TPM, the company runs on schedule. To that end, strategies aimed at finding new markets, strengthening and improving port services, are being developed, for the progress of Manta and the country, he added.

Two cruise ships whose passengers disembarked at a temporary terminal arrived in April. Tourists could taste typical dishes and buy national products. The plans of TPM is to build a definitive passenger terminal equipped with all the necessary amenities. The concessionaire also reported that eight Car Carriers (vessels carrying only vehicles) arrived in April, in total, 2 047 units of vehicles and machinery arrived in the country. According to the company, 171 units per hour average is the discharge performance of the Manta Port.