The Ecuadorian Business Committee (CEE) asks that the protests take place in peace and asks the authorities to sanction those who carry out acts of vandalism. 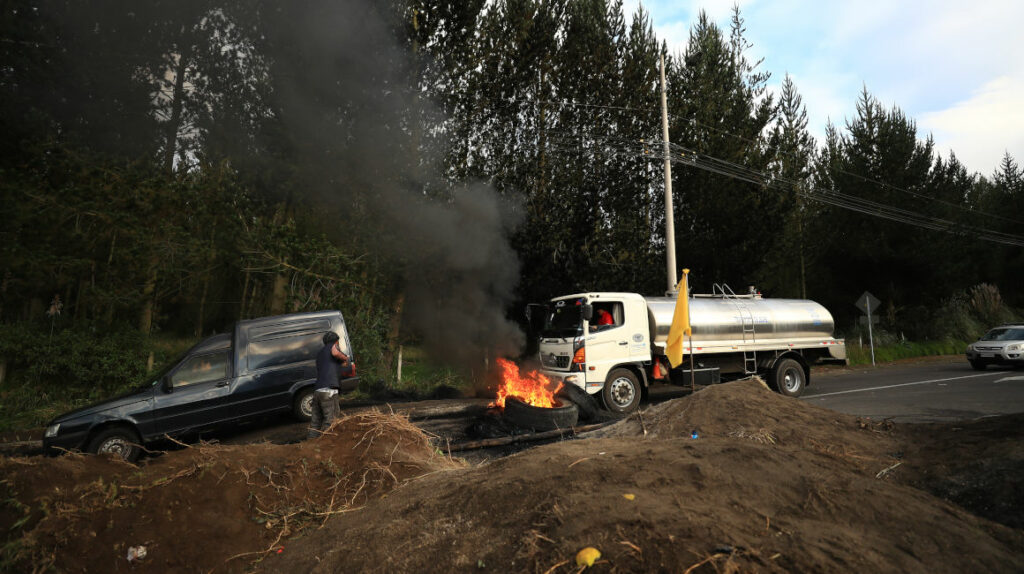 Vehicles make their way to the side of the road that has been blocked by protesters, in Cotopaxi, on June 14, 2022.

A day of demonstration in the Sierra region of Ecuador costs the productive sector about USD 3.2 million , says Felipe Ribadeneira, president of the Ecuadorian Federation of Exporters (Fedexpor).

This is due to the closure of 87 roads and the attacks on companies, which cause worker absenteeism, lower productivity and problems in moving products, for domestic consumption and for export.

For example, due to the demonstrations, the flower sector has not been able to export cargo for USD 2 million a day, says Alejandro Martínez, executive director of the National Association of Flower Producers and Exporters (Expoflores).

Added to these damages are the losses recorded by businesses , which close earlier due to demonstrations and threats of looting , explains José Antonio Camposano, president of the National Chamber of Aquaculture (CNA).

“We estimate that the losses in sales at the national level for the two days of strike would be around USD 20 million ,” says Miguel Ángel Gonzáles, president of the Ecuadorian Business Committee (CEE).

In this context, the business sector asks that the demonstrations be held in peace and asks the authorities to sanction those who carry out acts of vandalism.

The percentage of Ecuadorians who buy in retail chains grows