USD 92.7 million in damages to the State for two oil presales 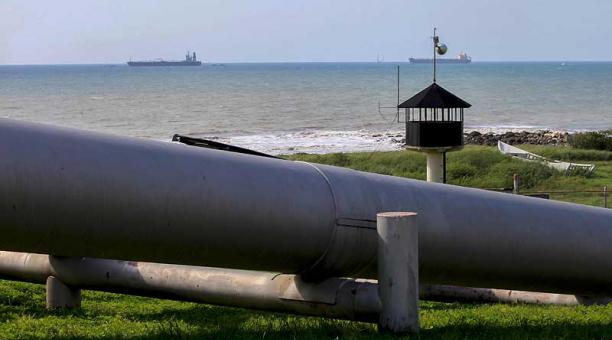 The crude billing formula of two pre-sales contracts signed with Petrochina and Petrotailandia left a loss of USD 92.7 million for Petroecuador. This is one of the conclusions of the final report of the Comptroller’s Office, approved on May 30, to contracts 2013084 and 2016916, signed on August 3, 2013 and December 1, 2016, respectively.

The first was signed by the ex-manager of Petroecuador, Marco Calvopiña, and who is imprisoned for illicit association. The second was signed by Pedro Merizalde, also ex-manager.

The Office of the Prosecutor opened two investigations against him for alleged illicit enrichment and money laundering. As part of the special examinations, the addenda to these contracts were also analyzed and the biggest loss is related to the value of crude transport, which Petroecuador recognized to the Chinese and Thai companies.

The contracts set a freight cost with Panamax vessels (with 360,000 barrels of capacity), but the companies transported the Ecuadorian crude in Aframax, Suezmax and VLCC vessels, which are of greater capacity and, therefore, lower cost. Only Aframax has a capacity of 700,000 barrels.

According to information from the Ecuadorian Oil Fleet (Flopec), cited by the Comptroller’s Office, 43% of oil shipments (Oriente type) under the Petrotailandia contract were made with Aframax shipments. On the other hand, 93% of the crude oil committed and delivered to Petrochina, based on the 2013084 contract, was transported in vessels of greater capacity than the Panamax; this is: Aframax, Suezmax and VLCC.

In both contracts, costs were established considering the routes Esmeraldas-Houston and Esmeraldas-Los Angeles (United States). But not always the oil committed to China went to those destinations, but Peru and Chile, which revealed this newspaper in an investigation published on February 21, 2017.

The freight, according to the Comptroller, was paid without making a settlement to the transport used, which generated a loss of USD 87.4 million. Petroecuador acknowledged to the auditors of the examination that the contracts only admit Panamax vessels, for which the control body specifies that the problem was not noticed before the signing of the contract and the Panamax freight was maintained, which does not adjust to the type of ship used more frequently and this affected the profitability of the Ecuadorian state.

Additionally, the contracts were signed despite the fact that a report from consultant Arthur D’Little warned Petroecuador that transporting larger ships meant less costs. The Comptroller’s examination also questioned the change of a factor in the formula for the sale of oil. It’s about quality, which is measured by API grades. The higher the API grade, the better the price and the better and the punishment is reduced.

In the case of Napo crude for delivery to Petrochina, a quality of 18 and 20.8 API grades was set, according to contract 2013084. But in January 2016 this changed without technical support. Petroecuador agreed to raise the quality indicator for this oil to a range of 19.7 to 20.8 degrees API.

The invoices examined show that this meant applying a greater punishment to oil and, therefore, that the country receives less income. The Comptroller’s Office quantifies the damage caused by this issue in USD 5.4 million and questioned the lack of information provided by Petroecuador to justify the conditions of the contracts.

Nilsen Arias, former Petroecuador International Trade Manager and responsible for these changes, justified the decision in an international advisory report that considered reasonable to adjust the API grade. That argument was not accepted, because in the same report it was also warned that a revision to the quality of the crude would imply a negative impact on revenues, a point that was not observed by the authorities of ‘Petro’.

This newspaper sent questions via email to Arias since he was in office and after he left Petroecuador, in mid-2017, but did not get a response. The Prosecutor’s Office investigates him for alleged illicit enrichment. The auditors also did not find any documentation that supports the benefit for Petroecuador of making the change in the formula and therefore ordered the International Trade management to verify the operation of the transport to evaluate the cost of the freight.

The Minister of Hydrocarbons, Carlos Pérez, also questioned this item and the issue was included in the renegotiation, whose process was concluded in May of this year. For future deliveries of oil, the ships actually used will be taken into account.

The benefit for Ecuador for this subject is USD 280 million up to 2024. The prize was also renegotiated and Asian companies will pay USD 0.90 extra per barrel, which means USD 257 million more income. In total, the renegotiation will leave a balance in favor of USD 561 million, said Perez. (I)