Three years after the beginning of the pilot plan in which 3,000 induction cookers were delivered in Urbina, Tufiño, Julio Andrade, El Carmelo, Maldonado and Chical, the electric devices report problems.

Enma Pupiales, from Tulcán, no longer uses her electric kitchenette because they are damaged, “one burner almost does not heat and the other stays on (it used to turn off alone before),” she says. 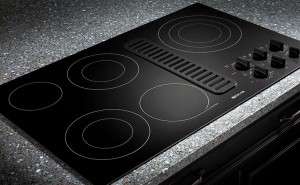 ne with the induction cookers because we also have gas, but if they take the subsidy away, they kill us,” says Javier Galarraga, one of the neighbors. The people ask the government not to eliminate the subsidy.

The same happens in Urbina and Tufiño. María Ruano explains: “one burner does not turn on and the other turns off when you put the pot on it “.

Ramiro Higuera, a radio technician from Julio Andrade, who has repaired many Fusibo (brand) cookers of Chinese manufacturing, explains that the main problem is that the liquid of any product that is cooked can get into the device. Therefore he recommends to seal them with tape.

Higuera also adds that some plugs have overheated and one cooker had a damage in its electronic card.

The EMinistry of Electricity reported in 2011 that the level of satisfaction of the beneficiaries was 60 % ” completely satisfie ” , 39 % “satisfied” and 1% “not satisfied.”